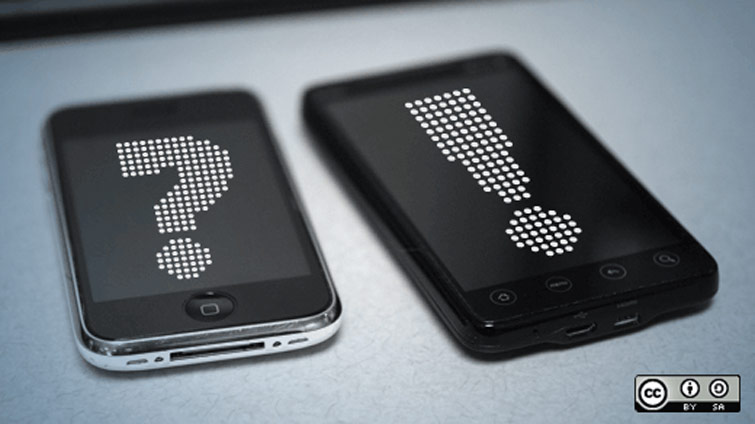 “With Apple and Samsung in an epic battle over smartphone supremacy, the biggest issue that no one talks about is overall reliability,” FixYa CEO Yaniv Bensadon told me via email.

FixYa’s smartphone reliability report says that Samsung smartphone owners have consistent issues with microphone and speaker quality — plus battery life problems, particularly with the Nexus line. According to the report, Nokia users say their phones are laggy and have a poor app ecosystem — this is not a shock — and Motorola customers say their phones have too much pre-installed crapware, poor quality touchscreens, and bad cameras.

How did FixYa arrive at these conclusions?

The product Q&A site took 722,558 troubleshooting requests posted by smartphone owners to its site and analyzed the data to see what issues were reported most for each manufacturer. Then FixYa normalized the data for relative market share — as defined by Statcounter.org — and derived a Smartphone Reliability Score.

The upshot? Apple wins, big time, and it’s not even close:

“Our newest FixYa report looks at lines like the iPhone, Galaxy, or Lumia,” Bensadon said in a statement. “The result is a scaled approach to fairly compare these top companies to truly see who is the most reliable, and who is barely even competing.”

FixYa also provided data on the most common problems for each smartphone manufacturer. Browse that data in the gallery below: 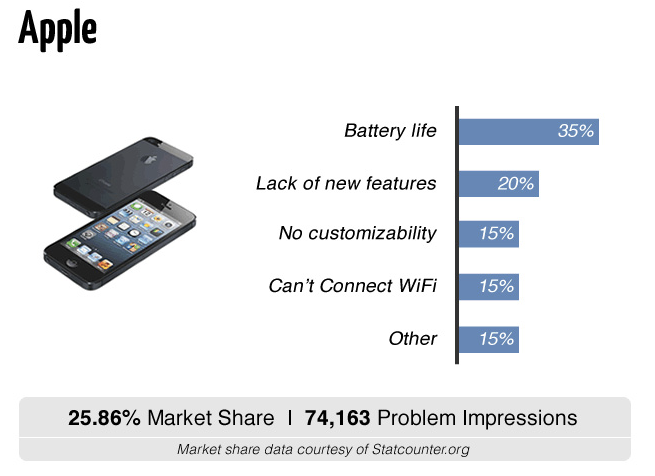 One big question I had was on the market share data … it’s not U.S. market share, certainly, where Apple had 53 percent market share last quarter. When I checked with a company representative, he said the data provided by Statcounter was for global market share.

It’s worth noting that Statcounter’s numbers differ somewhat from other reports we’ve seen.