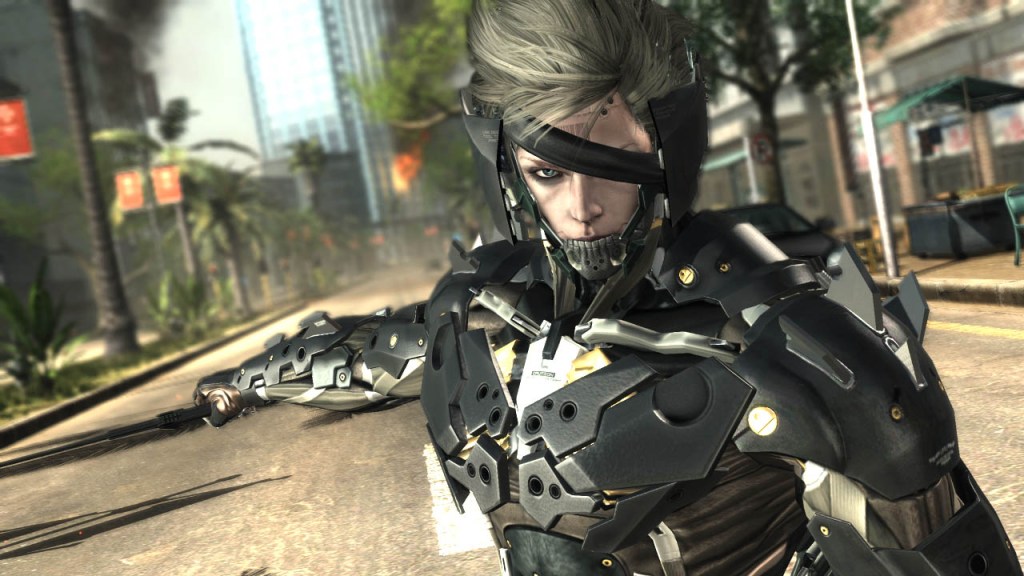 Despite switching creative teams at a crucial point in its development, Metal Gear Rising: Revengeance is finally a real and playable thing. Thanks to Platinum Games’ quirky stylings, Metal Gear Solid cybernetic ninja Raiden’s untold action-adventure lives on, but in a slightly different form than when Konami first showed the game in 2010.

One of the more noticeable elements in Revengeance’s design is a clangy, semi-electronic heavy-metal soundtrack complete with Raiden-centric lyrics. Previous Platinum projects such as Bayonetta and Anarchy Reigns incorporated similar highly stylized music with a great deal of success. Such prominent, thematic composing is as much a part of the studio’s identity as its commitment to splashy fight scenes.

But, the soundtrack is a peculiar chapter in the Revengeance story because Platinum didn’t hire a heavy metal musician to craft such a rocking score. No, they enlisted the help of American film and gaming composer Jamie Christopherson. 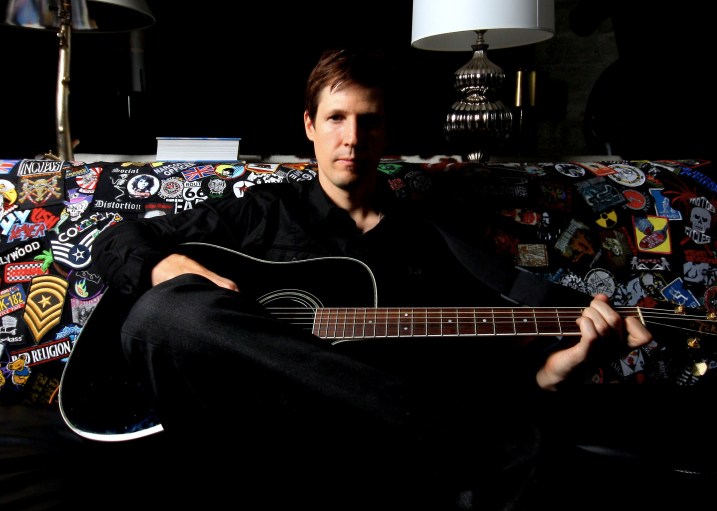 Jamie Christopherson is a composer for films, television, and games. He loves compiling “hybrid” scores that sometimes take samples from ethnic world music and blends it with orchestral or synthy tones. Most recently, he provided additional music for the NBC show Revolution and the score to Ubisoft’s free-to-play adventure Mighty Quest for Epic Loot.

GamesBeat: Metal Gear Rising: Revengeance had a very tumultuous development cycle. When did you join the project?

Jamie Christopherson: I’ve been on Revengeance a little over a year. I came in around November of 2011. I got there pretty far into the development or at least half way through.

GamesBeat: What inspirational material did Platinum Games give you to work from?

GamesBeat: What was the direction Platinum had in mind for the Revengeance score?

Christopherson: When I met with Platinum Games, they had the idea to use heavy metal music. They threw out a lot of older style heavy metal references like Metallica and other stuff from the ‘80s and ‘90s. I took that and suggested a lot of modern electronic elements to go along with it.

Then we worked back and forth. I would always see how far I could push the futuristic , post-apocalyptic vibe while implementing the sound they wanted.

GamesBeat: Is heavy metal outside your comfort zone?

Christopherson: It was definitely a stretch for me. I’d done a few heavy metal pieces here and there, but I’d never done a full score. Early on I knew I needed help.

So I enlisted the help of Logan Mader, the former guitarist for Machinehead. Now he produces heavy metal music. I hired people like him, and we co-wrote the songs. We wanted real heavy metal guitar riffs and drums to maintain an authentic vibe.

Mostly, I came up with ideas that weren’t very metal then mixed it with these ideas from Logan and people who knew much more about it than me.

GamesBeat: What was the most challenging aspect of working on Revengeance?

Christopherson: Producing the 13 metal tracks was definitely an unusual experience compared to other projects I’ve worked on because there was a huge amount of back and forth with the client, and then we had to get live performers for all the songs. After that, the music was remixed several times. The process of just writing the songs took at least six months.

It was definitely a unique experience compared to how I usually compose, which is usually very solitary. At the very final stage, when I’m done writing, I’ll turn over music to the client. But here, it was collaboration the whole way through. We’d record live guitars, play it for the client, then work from their feedback.

The asset management of this project was also very intense. I ended up passing 700 gigs of files back and forth with Platinum’s musical director Naoto Tanaka because every track used multiple musical stems, all recorded in surround. Most of the work after recording was just editing stems back and forth.

GamesBeat: What is a musical stem?

Christopherson: A stem is a set of instruments, like guitars or an orchestra, separated out into different tracks so the composer can mute or amplify different elements to make new music if they wanted to.

Stems come into play when you’re trying to make your music interactive. Say I write one piece of music that’s 10 minutes long with several different stems. You can make over 100 different tracks out of the original composition just by rearranging how the stems flow together.

GamesBeat: Did you know Platinum was looking for a heavy metal score before you took the project?

Christopherson: No, my agent submitted my music to them and they were well aware of my style. But, I’m not sure how I got that job without having done a score like that before.

Christopherson: I definitely enjoy working with orchestras, like live orchestras, but I don’t work in a purely orchestral way. I like to combine that with electronics or ethnic music. I like to kind of blend everything and make a hybrid score that’s not one type of style.

GamesBeat: What are some of your favorite pieces from Metal Gear Rising: Revengeance?

Christopherson: I’m really happy with all the vocal tracks, only because they went through so many iterations. That was something I didn’t imagine at the very beginning.

The track “The War Still Rages Within” was a lot of fun because it started as a rough idea. When I shared it with Platinum, they threw back some ideas and it worked like putting puzzle pieces together. It came together very organically.

GamesBeat: How important is game composing compared to television and film?

Christopherson: While they share many components, music is music, but games are different because of their interactivity. The best music is the kind that adapts correctly to the environment and gives the player feedback. It’s always doing something to enhance the gameplay. That’s how it sets itself apart.

With Metal Gear Rising, I worked closely with Naoto Tanaka. He took a lot of our song tracks and used them to create in-house music for the boss fights. Those remixed pieces don’t start out with the vocals but, as the battle continues, the music ramps up until right at the end when the vocals come in. It continuously builds in intensity.

GamesBeat: What other projects have you worked on recently?

Christopherson: Recently, I worked on Ubisoft’s Mighty Quest for Epic Loot which is a free-to-play game for PC. That one’s more adventure but really over the top. We made fun of the genre, making everything very bombastic and giving each character a very identifiable theme.

I also do music for film and TV and recently provided additional material for the show Revolution.

For the production cycle on  TV shows, you do the spotting [the initial composing phase] then within 5 days you have to do the scoring. You have to do one episode a week and the process repeats throughout the season.

In video games, we have a much longer production cycle. So , there’s generally a little more time to think and plan out what kind of music you’re going to do.

GamesBeat: Did the challenges you faced while composing for Revengeance change how you will approach future projects?

Christopherson: Haha, I definitely learned a few tricks to keep it all organized.