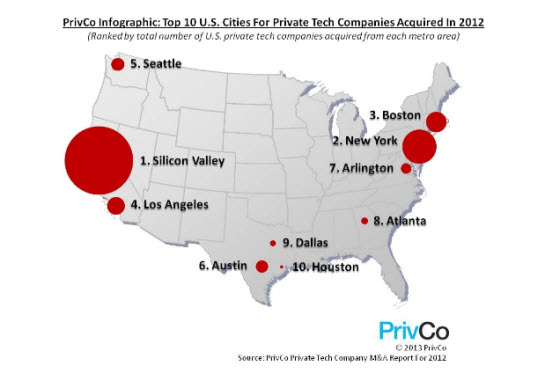 PrivCo, a New York company that tracks private investments, said that Silicon Valley (combining San Francisco and the region around it) led the country in terms of the value of acquisitions of companies. It was followed by New York City (100 deals), Boston (62), Los Angeles (55), and Seattle (43). Rounding out the list were Austin (40); Washington, D.C. (39); Atlanta (36); Dallas (33); and Houston (30).

Traditional regional centers for acquisitions that fell off the list: San Diego and Research Triangle, N.C.

Silicon Valley saw 226 private tech companies acquired in 2012, PrivCo said. That was more than double the number in New York City. Silicon Valley had nearly as many acquisitions as the top five metro areas combined. 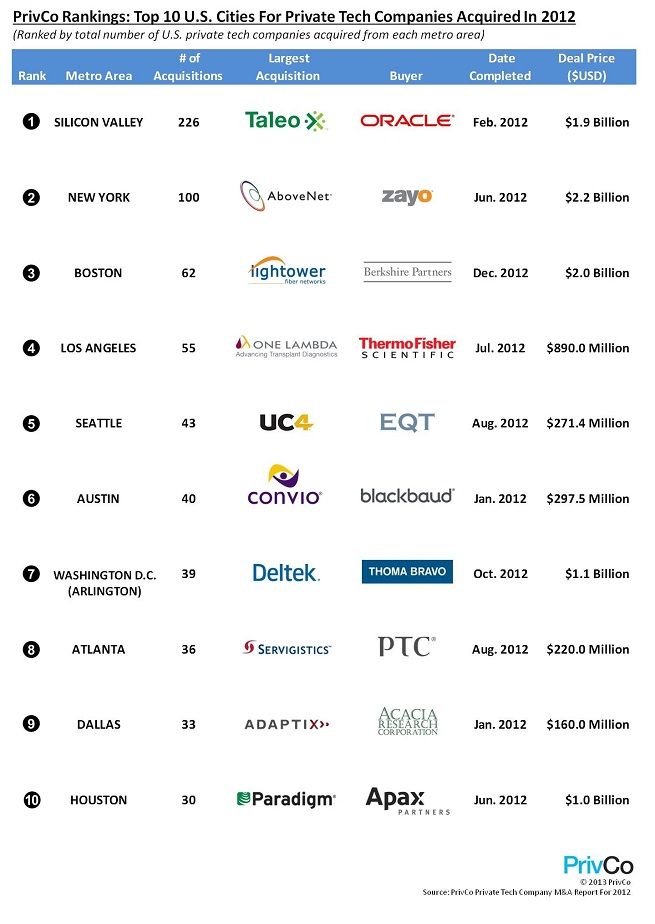