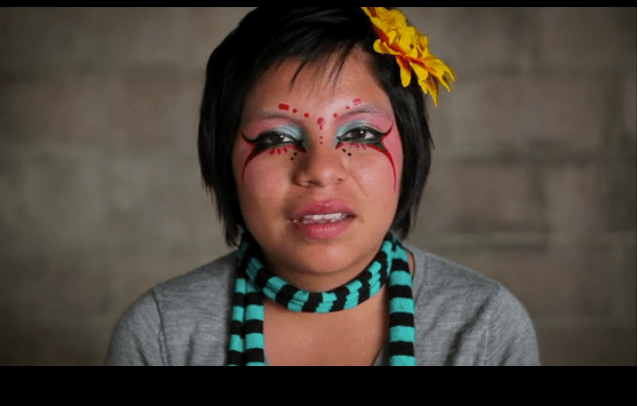 Kickstarter emerged the people’s winner at the 2013 Academy Awards, second only to Jennifer Lawrence, who earned millions of admirers (and several memes) when she tripped on her dress.

Kickstarter-backed Inocente won the Oscar last night for Documentary Short Subject (check out a promo for the film below). The movie raised a relatively modest $52,527 from 294 backers on the website, which lets people fund creative projects. On its Kickstarter page, the film is described as a heartwarming story of a “15-year-old homeless and undocumented girl in CA who refuses to give up her dream of being an artist.”

That’s an impressive win for Kickstarter, which raised $57.9 million for film and video projects in 2012, its second-biggest category after games.

Kickstarter’s founders originally envisioned it as a site dedicating to promoting and procuring funding for artsy projects, but it has expanded to include hardware and hi-tech. The site, founded in 2008, has raised more than $450 million for various crowd-funded projects ranging from quirky indie films to Android-powered game consoles and high-tech watches. It received widespread recognition when Olive, the first film shot on a smartphone, raised a bunch of money on the site. 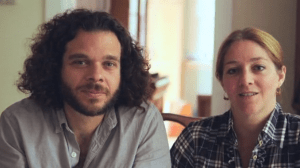 Director Sean Fine (pictured, left, with his wife Andrea) told the Wall Street Journal that Kickstarter “helped galvanize the community and get the word out about the film, and it … kept us going basically through the post-production process.”

The film was already produced, but the new funding paid deferred costs and completed final deliverables (creating HDCam tapes, Digibeta tapes, Blu-ray discs, and DVDs in the correct formats) for TV and community film screenings as well as build a promotional website.

Inocente isn’t the only film to receive funding through a site like Kickstarter. Until its Oscar’s win, the most high profile film to use crowdfunding was Nazi space romp Iron Sky. The film invited the public to be shareholders in the film, and if it succeeded in the Box Office, they might make a return. Iron Sky received only lukewarm reviews, but it opened the floodgates of possibility for filmmakers.

Kickstarter launched a custom site today to celebrate the win. It’ll likely be a boost for dozens of other film projects that are currently raising funds.