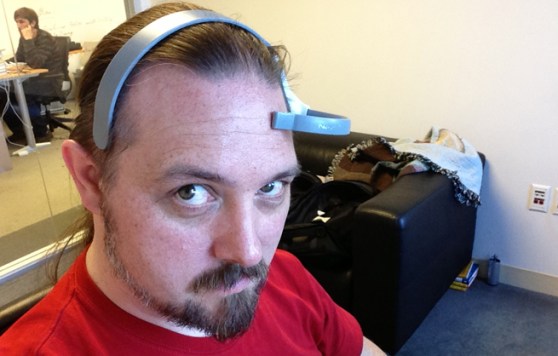 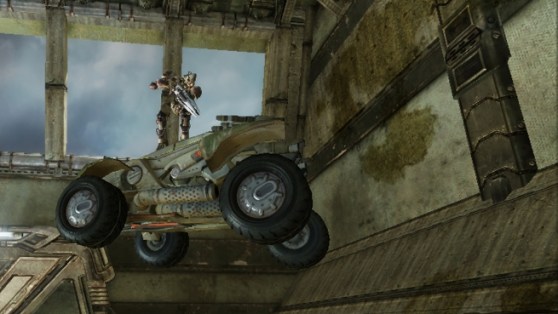 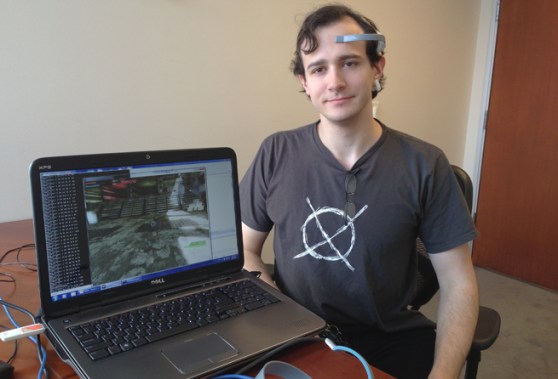 The MindWave also tracks alpha waves, so you also have to let go, trust your feelings, and use your calm to pull and/or levitate objects. I’m not exactly a serene person, but I didn’t have any problem picking a barrel (amusingly stamped “caution”) off the floor and keeping it suspended against the ceiling indefinitely. Still, that’s a party trick; when you’re in psychic combat, switching to your “pull” ability becomes a sneaky way to damage and distract enemy players by yanking a crate and nailing them from behind. 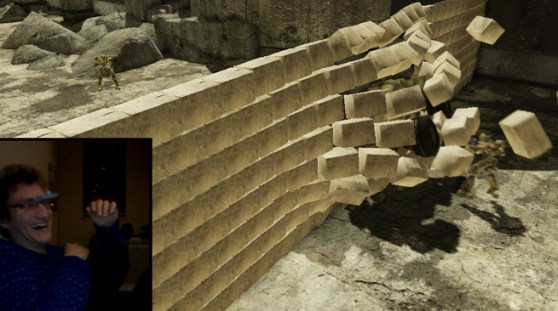 You can’t use your posthuman abilities on other people, just the objects in the arena. You can hop on the car, lift it with you on top, and throw it across the room. If you’ve got the brain power.

It’s insanely difficult to balance your focus and calm at the same time, much less max them out — I did it exactly once — lending a strategic quality to the mental warfare. Two status bars in the upper left track your alpha and beta levels, but nothing crashes your focus or your calm like glancing at them, one of several devious touches Ware’s incorporated. I got into several intense duels for control of the truck, turning it into a furiously twitching, would-be projectile as we poured energy into it. I also had to make a few fast deflections by shifting my reticule (and thus the force I directed) to one end of that monster when my focus wavered and it suddenly tumbled at me.

That was with only two people in the match. Ware’s planning for 16-player matches in the final product. 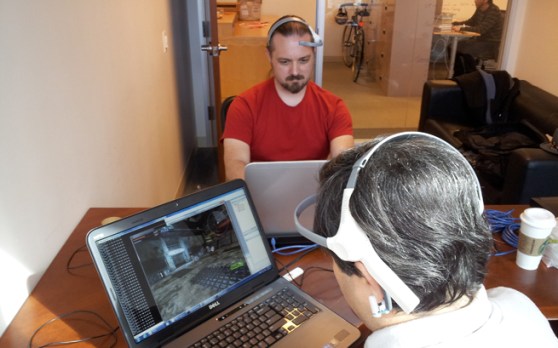 The possibilities for endless psychokinetic carnage warms my black heart. It’s not tough to picture multiple players competing for the truck from different directions while others go to the smaller, easier-to-control objects as distractors or multi-hit demolishers. Ware also has designs for modes like Capture the Fridge — also a one-hit-kill object if you’re willing to risk throwing it closer to the opposing team’s goal. A campaign mode fell to the wayside when his focus testers told him they really just wanted to throw stuff at people with their brains. Message received.

Of course, the big drawback is money. Throw Trucks isn’t finished and likely won’t be unless his Kickstarter campaign reaches the $40,000 mark. It stands at just under half its goal pledged with just over two weeks to go.

Ware has drawn some interest from the venture capitalist sector, but not enough. “The feedback I’ve gotten has been to prove user traction, then come back to us,” says Ware. “So with Kickstarter, I’m trying to raise seed funding and prove user traction in one fell swoop. If it fails, I can move on to the next project.” 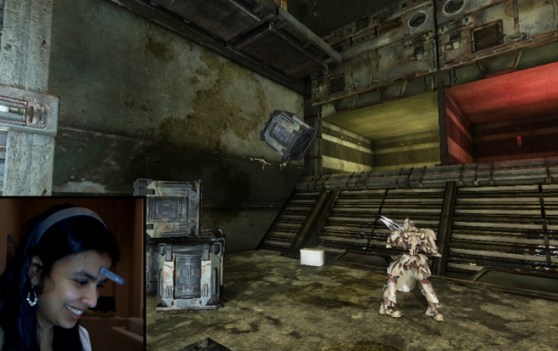 On the consumer side, MindWave headsets retail for $80. Ware plans to price Throw Trucks around $25. That’s a big expense for one game. But it would instantly become the standout — possibly the killer — app among the fairly anemic selection of games in NeuroSky’s store. And it’s a lot more fun that the Star Wars Force Trainer, a successful $130 MindWave toy where players levitate a ball in a tube until soul-draining boredom sets in. If NeuroSky bundled this game in with the MindWave headsets, Throw Trucks with Your Mind would be a winner, period.

Even so, Ware’s the first to admit his game is a hard sell, and he’s right. Unless you’ve played it.

It’s not easy to understand the true appeal of Throw Trucks’ mind-versus-mind combat until you’ve actually sat down and dropped an automobile on your friend’s head. I felt the kind of power-tripping exhilaration I never got by, say, pushing a button to Force-shove Stormtroopers in a Force Unleashed game or even by using Kinect-based motion controls. I moved that truck through sheer force of will. That’s the very definition of an immersive experience.

Plus, now I am a motherfucking Jedi Master. Nothing beats that.