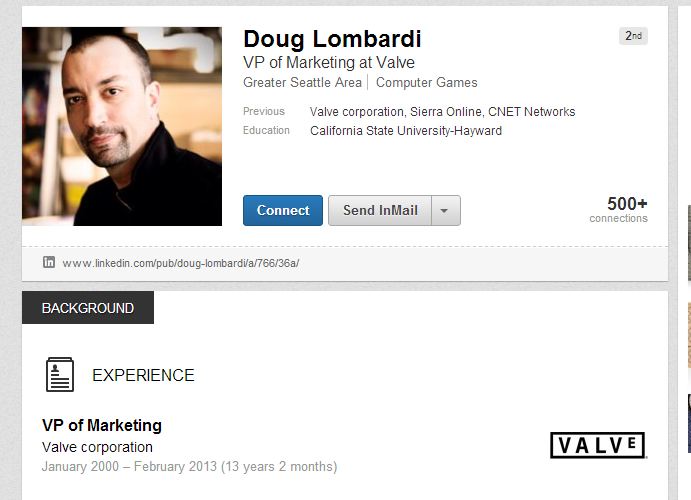 Updated at 9:15 a.m. PST with response from Doug Lombardi.

Valve vice president of marketing is still with the company.

Earlier this month, Valve culled a small number of jobs. Today, we discovered that Doug Lombardi’s LinkedIn profile was updated to say his employment with the company ended in February 2013 (as seen in the header image).

That update is inaccurate. Lombardi told GamesBeat that he made an error when updating his profile.

Lombardi handles much of Valve’s interaction with the press and is one of the most public faces of the developer outside of founder Gabe Newell. According to Lombardi, he will continue to do so. 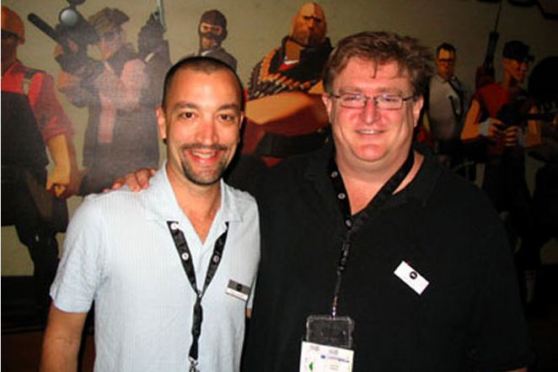 Lombardi joined Valve in 2000. Prior to his work marketing Valve’s game and services, he served as the brand manager for developer Sierra On-Line from 1998 up until he joined Newell at Steam in 2000.

Before that, he worked in games journalism as a critic for several different publications.