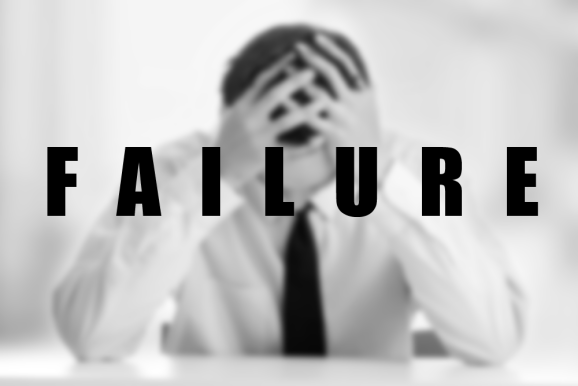 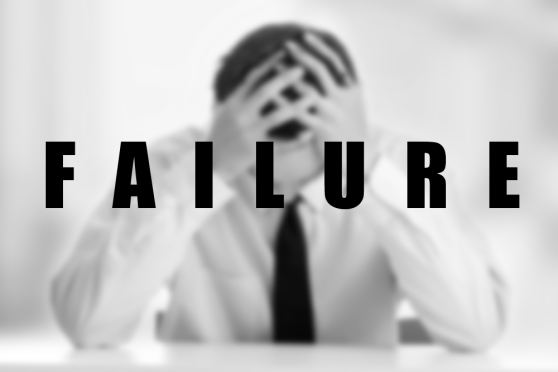 This post comes to us from startup guru Steve Blank.

We give abundant advice to founders about how to make startups succeed yet we offer few models about dealing with failure. So here’s mine.

In my experience, living through failure has six stages:

While I had been part of a few failed startups, none of them had fallen squarely on my shoulders until Rocket Science Games where my business card said CEO. It was there that I lived through all six stages and came out the other side a changed man.

We raised $35 million and after 18 months made the cover of Wired magazine.The press called Rocket Science one of the hottest companies in Silicon Valley and predicted that our games would be great because the storyboards and trailers were spectacular. 90 days later, I found out our games are terrible, no one is buying them, our best engineers started leaving. With 120 people and a huge burn rate, we’re running out of money and were about to crash. This can’t be happening to me.

Stage 2: Deny any of it was your fault

In my mind, I had done everything the investors asked me to do. I raised a ton of money and got a ton of press. We hired everyone according to our plan. It was everyone else who screwed up. I did everything right.

Stage 3: Get angry and blame everyone else

This was the fault of my cofounder since he was in charge of game development, it was the engineers who bailed on me, it was the sales and marketing people who didn’t tell me how bad the games were, it was the VC’s who refused to put any more money in the company, it was Sega’s fault for making a bad gaming platform…

When the inevitability and magnitude of the failure sunk in, I slept in a lot. There were days I’d get up late and go to bed again at 5 pm. I lost interest in anything associated with my past industry. (To this day I still can’t play a video game.)

Step 5: Gradually accept your role in the failure

A few weeks after leaving, I began to think about what I should have done, could have done, and pondered why I didn’t do it. (I didn’t listen, I didn’t act, I didn’t own my role as CEO, I wasn’t prepared to do what was right or leave.) This was hard and didn’t happen overnight. My wife was a great partner here. I often reverted to Stages 2 and 3, but over time I took ownership of my primary role in the debacle. 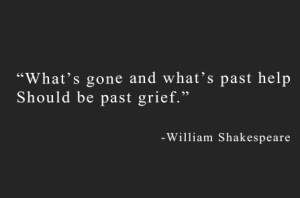 This was the hardest part. While I stopped blaming others, understanding what I could change in my behavior took long months. It would have been much easier to just move on, but I was looking for the lessons that would make my next startup successful. I looked at the patterns of behavior, not just at my last company but also across my entire career. I learned how to dial back the hubris, get other smart people to work with me – rather than just for me, listen better, and act and do what was right – regardless of what others thought I should do.

For my next startup I stopped the behaviors that drove Rocket Science off the cliff. We established a team of founders who worked collaboratively. When my co-founders and I got the company scalable and repeatable, we hired an operating executive as the CEO and returned a billion dollars to each of our two lead investors.

Now when I listen to entrepreneurs who’ve cratered a company, I listen for their stories of failure and redemption.