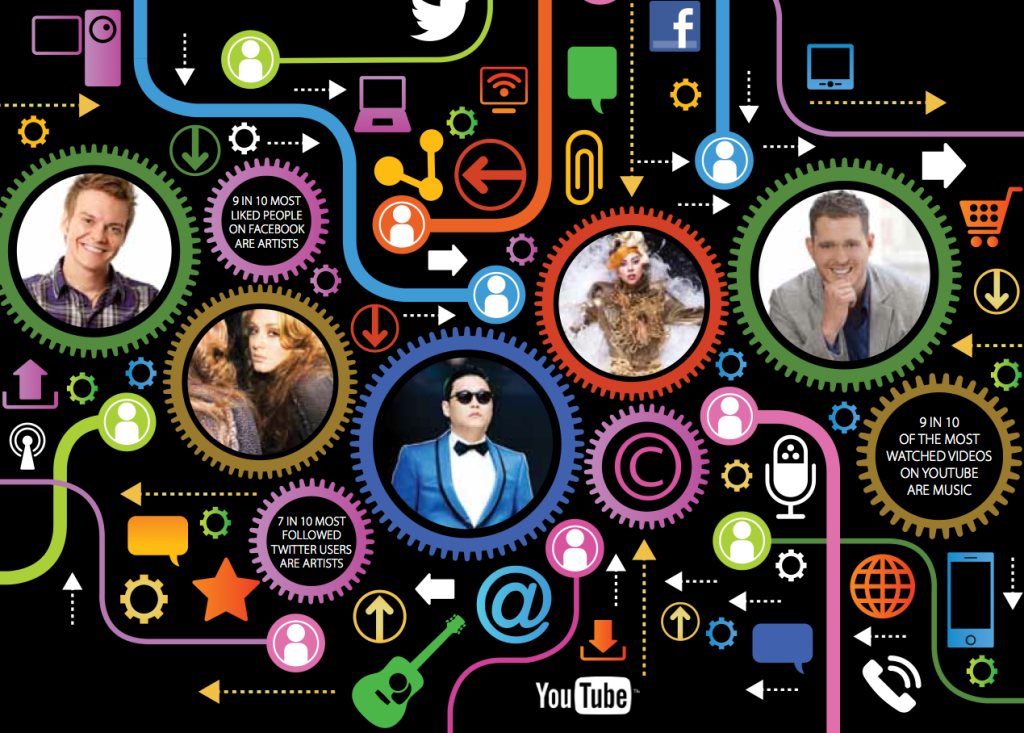 That’s not a huge move, but given that it’s the first increase in more than a decade, the music industry has a legitimate reason to scream and shout, and let it all out.

“It is hard to remember a year that has begun with such a palpable buzz in the air,” Frances Moore, the CEO of the IFPI (International Federation of the Phonographic Industry) said today in a statement. “The music industry has achieved its best year-on-year performance since 1998. The direction of travel toward growth is clear.”

Just two years ago, Moore said, the major digital music services such as iTunes and Spotify only were in 20 international markets. Now, they’re in over 100 countries, including Brazil, India, and Russia. Digital music sales are clearly where the growth is, and markets as diverse as the U.S., India, Norway, and Sweden, digital revenue has overtaken physical revenue. 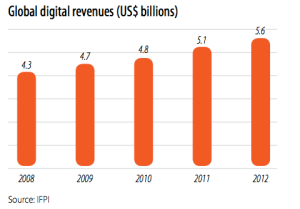 Music still has a long way to go: digital revenues were 34 percent of the music industries revenues. And they’re growing fairly slowly, too. Digital revenue of $5.6 billion in 2012 is up only about 10 percent from 2011’s $5.1 billion.

But the trend is, finally, up.

And it’s not just downloads. The IFPI says that subscription revenue is up also. In fact, it’s growing quicker than the download business: up 44 percent from 2011. In some countries like Sweden, South Korea, and France, more people subscribe to music than download it, a trend that appears to be catching on in the U.S as well.

Of course, the IFPI says that illegal and pirated songs are still a major roadblock to music industry nirvana. Megaupload figures prominently in this narrative, and the IFPI says that FBI estimates of “damage to the creative industries” by pirating on Megaupload was in the region of a half billion dollars.

All told, the IFPI and its national affiliates found and requested removal of 15.9 million infringing music files in 2012, a process that it says “remains an unsatisfactory and inefficient remedy to tackle massive online infringement.”

All told, however, the music industry is finally going up and to the right in revenue as well as impact, with 68.9 billion legal streams of music in North America alone in 2012, along with 1.6 billion albums sold.

One thing that doesn’t appear in the IFPI’s massive 36-page report?

Any mention of the man who dragged the music industry kicking and screaming into the digital age: Steve Jobs.