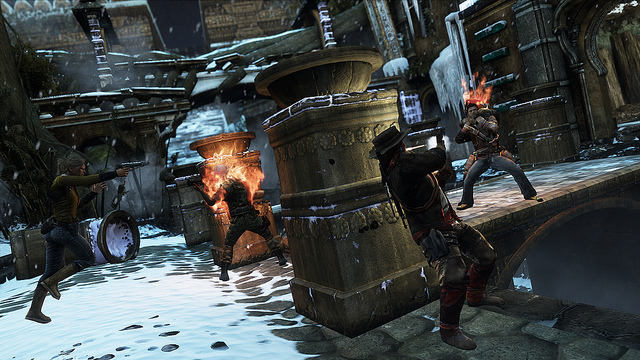 We don’t have to wait for the PlayStation 4 to see the future of console gaming, at least when it comes to how we’ll be paying.

Today, developer Naughty Dog releases a free-to-play version of the mulitplayer for Uncharted 3: Drake’s Deception, its popular PlayStation 3 third-person shooter from 2011. By downloading a client from the PlayStation Network, users can play with the same people who own the full version.

“From the beginning of Uncharted 3, we were always interested in doing a free-to-play option,” Uncharted 3 game director Justin Richmond told GamesBeat. “And during the two-year production cycle that was not a reality that we could ever look at. It was just too complex to start separating the multiplayer into its own thing. So for the past year we’ve been working constantly to figure out how we can do something like that.”

Naughty Dog’s solution is to offer the multiplayer component for free with a level cap at 15. Earning levels is how you access extra content like guns and characters. But even though you stop earning unlocks, you can keep playing the game, or you can pay to have the level cap increased or removed.

“But we actually keep track of the unlocks,” Richmond told GamesBeat. “So if you play hundreds of hours of the free-to-play and are like, ‘You know, I really want to get all the stuff that I earned,’ then the second you pay for that level unlock you get everything that you earned over those hours.” 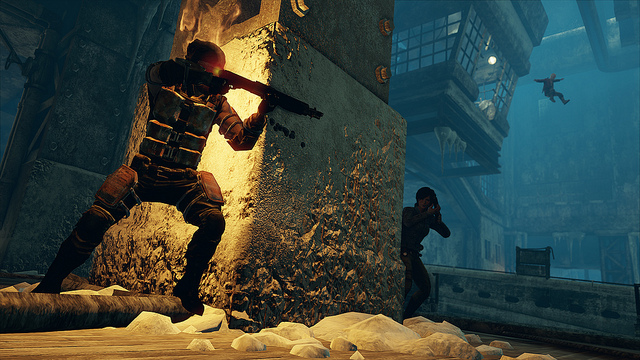 Players can also buy certain items separately via microtransactions, including characters and guns (but not the mods that make weapons more powerful. You’ll have to earn those by leveling). While many free-to-play titles let users exchange real money for in-game currency (which, ironically, is actual dollars in Uncharted 3), Naughty Dog isn’t planning a similar feature. Nor will it allow players to buy temporary boosts that double the amount of experience or money they earn in a certain amount of time.

“The player base is vibrant,” said Richmond. “We have half a million people playing a month, so this isn’t some sort of grab where we’re like, ‘Oh my god, the game’s dying!’ We think we offer something very unique. The barrier of entry to multiplayer, in general, is very high. Not only do you have to buy the game for a fair amount of money, but then you have to jump into an online component as well. We wanted to give the lowest barrier of entry possible to the most number of people, and we think the free-to-play option is the way to do it.”

Naught Dog provided GamesBeat with some samples of how the pricing will work:

Uncharted 3 won’t offer the first free-to-play shooter experience on the PlayStation 3 (that honor belongs to Dust 514, which is currently in open beta), but it’s interesting to see Sony commit one of its biggest franchises to a pricing format that we usually see on PC games.

“This model works,” said Richmond. “Obviously, it works. I think we’ll be seeing more of it going forward.”