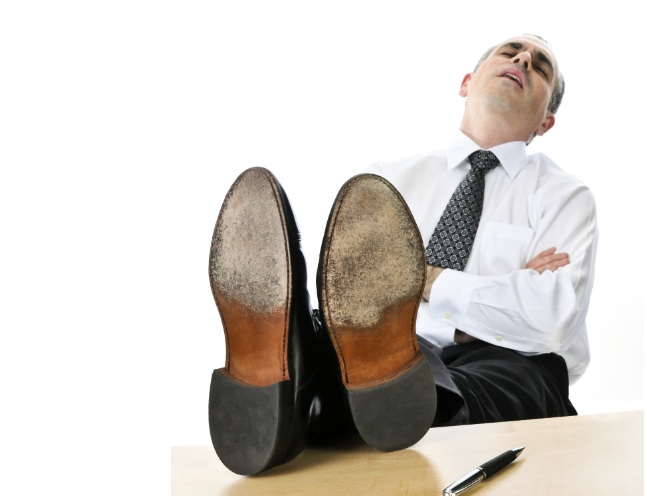 In many ways, I’m the worst kind of work-at-home employee. I do my grocery shopping during work hours. I chat with friends about things that have nothing to do with work. Sometimes I watch TV. Much of my laundry is done while I’m working. Occasionally, I’ll go see a movie. I do all of the things that people who hate work-at-home employees complain about.

But in many ways, I’m also the best kind of remote employee. I get things done. I’m available for meetings at odd hours. Need to have a conference call with the team in Bangalore late at night? Sure. I don’t clock out as soon as I leave the office. As a product guy, I’m always paying attention to products. It annoys friends when I’m on vacation and I will dissect a suboptimal point-of-sale transaction experience on the spot. I can’t help it. I love what I do.

That’s why I find the recent changes to Yahoo’s work-at-home policy bewildering. Yes, Yahoo has a lot of deadweight. Yes, Yahoo needs to jettison that deadweight. But there is more deadweight that comes into Yahoo’s offices on a regular basis than there is that works from home. (Just based on sheer numbers this has to be true.)

There are plenty of dedicated work-from-home employees out there. One of my closest friends arranged a work-from-home situation with his employer. He’s often cooking dinner while he’s “on the clock.” But he gets his work done. He’s been doing it for nine years. When he started, it was an exception. Now it’s become very common at his company. Because relatively few companies support working from home to this degree, it also serves as a retention tool. It would take a lot for him to give up the flexibility he has.

We like to give people the freedom to work where they want, safe in the knowledge that they have the drive and expertise to perform excellently, whether they at their desk or in their kitchen. Yours truly has never worked out of an office, and never will.

I’ve been a remote employee in more normal situations and I’ve managed remote employees. What I care about is whether the work gets done and done at the quality level that is needed.

The best employees also know what is stupid and what is needed.

In one case, my entire development team was based in Dublin. But I was required to be in the office in Virginia on most days. I had to deal with an hour commute each way so that I could come into the office and email with people half a world way. That is stupid.

In another case, my employer was widely supportive of telecommuting, but my specific manager wasn’t. My team was based in San Francisco but I had to work from San Jose, where my manager was. That is stupid.

When I’ve had remote employees, I’ve trusted them to get the job done. And most of them didn’t disappoint. But the ones who were screwups would have been screwups whether or not they were working from home.

Remote work does have its challenges, but some of these are actually opportunities. I found that when I was working with developers who were remote, I had to be much more explicit in what I documented for requirements. I didn’t take for granted that they understood certain things because they happened to be in the same room. You know what? That also worked better because there were fewer misunderstandings.

In a situation like Yahoo’s ultimatum, you have an adverse selection problem. The best, most motivated remote workers will leave because they are readily employable. The lazy, unmotivated ones will find a way to drag their asses into the office and will goof around there. Never underestimate the ability for employees to goof off in the office. I recently toured the Boeing factory in Everett, Wa., and an employee had Facebook on his screen.

The other argument in favor of having employees on site is that it can foster collaboration. I can buy that argument in certain cases, but not in the way large companies like Yahoo work. At an early stage startup, it can make a lot of sense and you can iterate much faster when everyone is in the same room. Ideas that seem stupid at first can get tossed around and turned into something. (Or vice versa.)

But large companies often have offices around the world. When I worked at Aol, at various times I had dev teams in Dublin, Virginia, Ohio, Pennsylvania and Bangalore. Sitting in a company facility on the other side of the world or the other side of the city isn’t much different from working from a home office or coffee shop. Unless Yahoo is committed to putting all of the members of a team together, the claims that this is about promoting creativity (and not perceived control) ring hollow.

Besides, technology offers a lot of ways to help spark collaboration. I use a Twitter a lot for collaboration with a broad network. In corporate environments, I’ve used tools like IM, MediaWiki, and Yammer to brainstorm and collaborate.

We’re in an extremely competitive labor market in Silicon Valley. It seems short-sighted to limit your talent pool to just those who live close to the office or are willing to endure a one-hour slog on the 101.