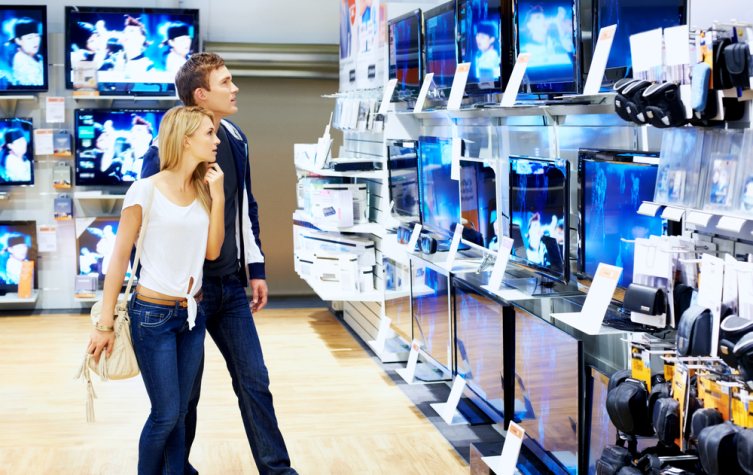 Chances are good that you’re guilty of showrooming, or scoping out a product in a physical retail store before buying it online (likely at a significant discount). Now a new study from the location analytics company Placed shows which retailers are most at risk for showrooming from Amazon customers — and the results might surprise you.

In “Aisle to Amazon: How Amazon is impacting brick-and-mortar retailers,” Placed found that showrooming affects Bed Bath & Beyond, Petsmart, and Toys “R” Us more than other retailers typically associated with the phenomenon, like Best Buy and Target.

The study is based on 14,925 survey responses in the U.S., coupled with nearly 1 billion location data points measured by Placed across the country in January. With the proliferation of smartphones, price-matching apps, and other tools, showrooming is one of the biggest concerns for traditional retailers.

“Amazon was the clear winner in e-commerce 1.0, and unless brick-and-mortar retailers shift from reactive to proactive, Amazon will win e-commerce 2.0 on the backs of offline retailers,” said David Shim, Placed’s founder and chief executive. “All the attention to date has been on Target and Best Buy as the early victims of showrooming, but significantly more retailers are at risk. Retailers need to know that it’s not a question of if or when showrooming will impact their business, as an aisle to Amazon is already in their store.” 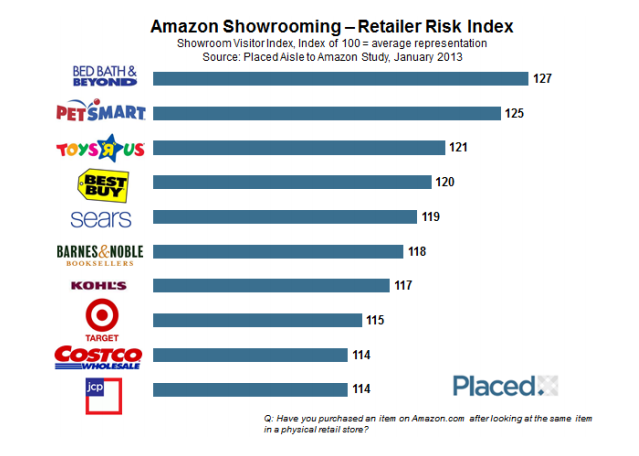 Both Best Buy and Target recently announced that they would match prices from online stores, a clear sign that they’re ready to take on the issue of showroomers. Placed’s study shows that plenty of other retailers will need to follow in their footsteps.

Here are a few other intriguing details from the report: