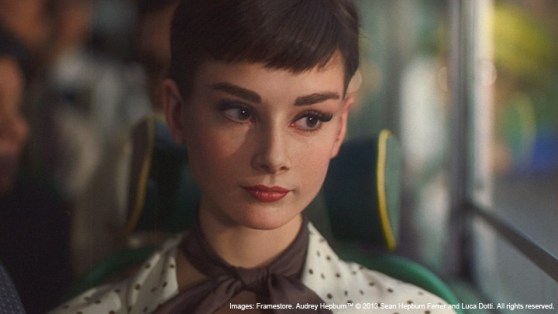 Audrey Hepburn is dead, but technology may help her live forever. 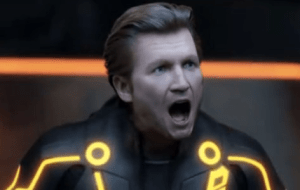 Above: Yeah, Jeff – I feel the same way.

While the technology is nothing new, the end result here is far beyond similar recent attempts, especially The Gap’s awful 2012 ad that also uses Hepburn’s likeness. Digital face re-creation has also been used to varying degrees in films like The Curious Case of Benjaman Button, Polar Express, and 2011’s Tron: Legacy — the latter of which de-aged actor Jeff Bridges in a way that was so laughably bad that it bordered on absurd.

Besides being more than a bit creepy, bringing Hepburn back to life raises some pretty obvious questions about the morality of this technology. Just because we can revive someone digitally, should we? Right now, Hepburn’s portrayal is silent and limited to a minute-long advertisement, but how long will it be until we start seeing her in feature-length films alongside other deceased actors like Marlon Brando? (They’ve already brought rapper Tupac back to life using holograms, after all.)

The possibility is somehow both unsettling and vaguely intoxicating, and it’s going to be hard for Hollywood and special effects artists to resist experimenting with it more in the coming years.

Link via The Verge