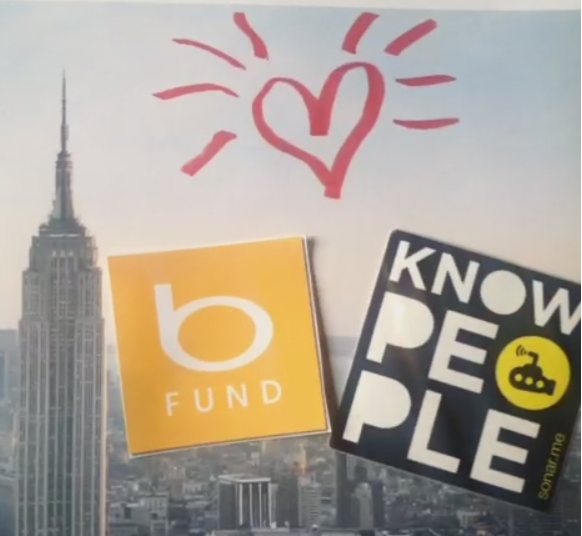 Sonar taps into social networks to tell you how you’re connected to people nearby and in locations you’ve checked into. It’s part of a crowd of social discovery apps that includes Highlight and Glancee (which Facebook bought last year).

Terms of the deal weren’t disclosed, but we’ve previously reported that the Bing Fund offers early-stage startups between $50,000 and $100,000 along with advice and design help. The investment will likely be a big help to Sonar, which has only received $200,000 in seed funding so far. It joins other Bing Fund investments in Buddy and Pinion.

“Utilizing tech in an innovative and unique way is a quality the Bing Fund champions, like many investors and accelerators do,” wrote Aya Zook, the senior program manager for the Bing Fund, in a blog post today. “But the prospect of working with people we respect and trust, and love hanging out with, is just as important when we consider companies to work with. Sonar hits all the right cords for us and we can’t be more excited that they agree.”

In its own blog post, Sonar explained how closely it has already been working together with the Bing Fund:

Sonar & Microsoft have done some fantastic events together in the past, includingPSFK’s Need to Know at last year’s SXSW, and Social Media Week, Xconomy Mobile Madness and the For Humankind gallery all in New York, so we’re particularly excited to be hooking up with the team at Bing Fund. We’ve found we share quite a lot in common; they too recognize the value of understanding location and social—the intersection of time and place—in providing customers with great experiences. They’ll be great friends to have along on our adventures in helping customers connect with the most relevant people, places and things nearby.

Sonar created a short Vine clip to announce the deal:

:) RT @bingfund Welcoming @Sonar! Connecting the coasts, one startup at a time http://t.co/mQZQ7QmGow Or in 6 seconds http://t.co/9B4RJlw3x9