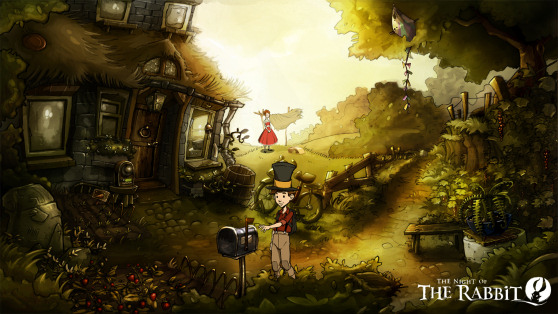 Hamburg, Germany-based Daedalic Entertainment is going international with its popular adventure games, but its move around the world also means good news for the genre and other developers. The publisher/developer of titles like Harvey’s New Eyes and The Whispered World wants to show the potential for adventure games to succeed in foreign digital markets and enable smaller studios to bring their titles to a global audience. 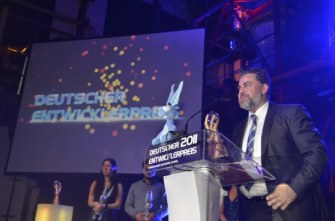 First, the company needs to stabilize sales in different countries. As it delivers the final chapter of its Deponia series with Goodbye Deponia, Daedalic is preparing for worldwide simultaneous releases of four other new games this year, including The Night of the Rabbit (due May 29), 1954 Alcatraz, a sequel to The Dark Eye: Chains of Satinav, and an unannounced turn-based strategy title.

“Now we are looking very deep into new platforms, which we’d like to do besides PC and Mac,” Carsten Fichtelmann (pictured left), the chief executive officer and founder of Daedalic, told GamesBeat in a phone call. Moving forward, the company will bring its full library to iOS, Android, and consoles like PlayStation and Xbox (either Sony’s and Microsoft’s current-gen and/or next-gen systems). 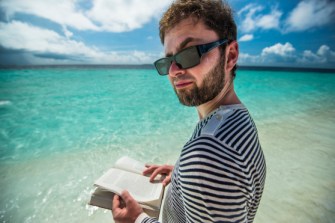 “We expect to make all of Daedalic’s in-house series available on iOS and Android within the next six to nine months,” said Sergei Klimov (pictured right), the company’s director of international business development. Daedalic already released its first iPad game, Edna & Harvey: The Breakout, six months ago to test the App Store waters.

Klimov said Deponia may be the first release on Sony’s platform, and as for Microsoft, Daedalic wants to debut with its under-wraps strategy game, which it’s revealing next month at the Game Developers Conference in San Francisco.

Daedalic has already found huge success in Germany, which previously contributed to 70 percent of its revenue and about 80 percent of sales. While that’s comfortable territory for the team, which is closely familiar with that market, Klimov said, “Production is quite big and expensive, and to recoup the budget, we need to be international. There’s no way that we’ll go back and say, ‘Let’s do smaller projects based on the size of the German market, and that’s it.’

“You have to cross the border, and you have to stop thinking, ‘We’re a German studio that’s going to be successful.’ We have to think, ‘We’re a studio — one of the many studios.’ And we have to be relevant to not a single culture but to every culture — to every language.”

Same-day release is a strategy that began with Deponia; however, the game had a gap between the German and English launches. Daedalic is working to ensure that localizations happen at the exact same time, and that includes markets beyond the common English, German, and French languages, such as Brazilian Portuguese. 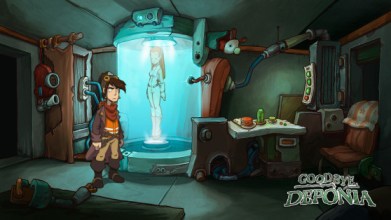 “As the digital market is international, we’ll have to learn to work with that market,” said Klimov.

The audience potential is huge, too. Daedalic’s Facebook community is roughly three times as large as one the adventure-game leaders, Double Fine Productions. The success of campaigns on Kickstarter — like the Sierra Entertainment-style adventure Mage’s Initiation, nearly to its goal, and the successful Asylum (which completed today) — is also a good indicator of the interest in these games.

“This shows that the genre is very vital and that people like to play [these] games,” said Fichtelmann.

Adventure games come a long way from the old industry model of box-only business. “This … makes us quite confident that we will be more successful in the future,” said Fichtelmann. “So it makes sense for us to do more localizations.”

One of the big challenges to breaking into different markets is simply making the move across borders. Every product is collecting small sources of revenue from different countries, which makes the need to go international even stronger, said Klimov. Then the next step is to get away from the genre’s most native platforms.

“We may come up with a slightly different strategy for mobile because we’re still selling all our games [at] higher price [points],” said Fichhtelmann, who added, “At the moment, we’re not selling episodic content.” 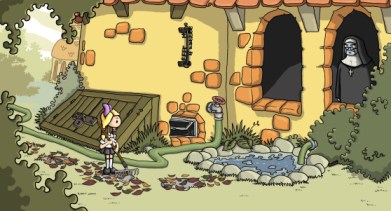 However, the episodic format may become more of a reality for Daedalic, which is also considering selling subscriptions and enabling cross-play between devices.

“We’re looking at the fact that the audience is no longer this one group of people who comes home, opens up the desktop computer, and plays,” said Klimov. “The audience has different cases that we have to find a strategy that delivers our properties — our stories — to these people in the way that they like to consume.”

Another issue concerning mobile platforms is figuring out how to approach microtransactions in these storytelling-focused games. This is just one area that the company will need to learn to respond to as it progresses.

Regardless of platform, Daedalic wants to focus on building a quality product and then investing in communication so that people know that it exists. That’s part of what makes its reach on sites like Facebook so important.

Despite its history, Klimov doesn’t believe that the genre is niche.

“We would like to make the games as accessible and as easy [as possible without] requiring previous familiarity and knowledge of the genre [so] that our games actually create interest in the genre,” he said. 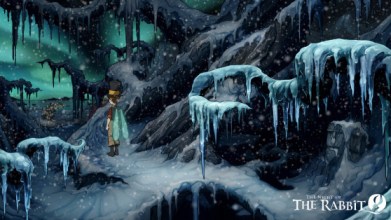 He added, “I think it’s important for us to remember that we’re making games for every level of experience and not necessarily for the hardcore fans who don’t mind certain issues,” such as intense puzzles.

Careful moderation on services like Steam Greenlight and community-based sites like Kickstarter can help drive adventure games toward better quality products as well.

“The involvement of the community is really good for showing to developers the potential of international sales,” said Klimov. Feedback is arguably more valuable there than with other genres, such as action games.