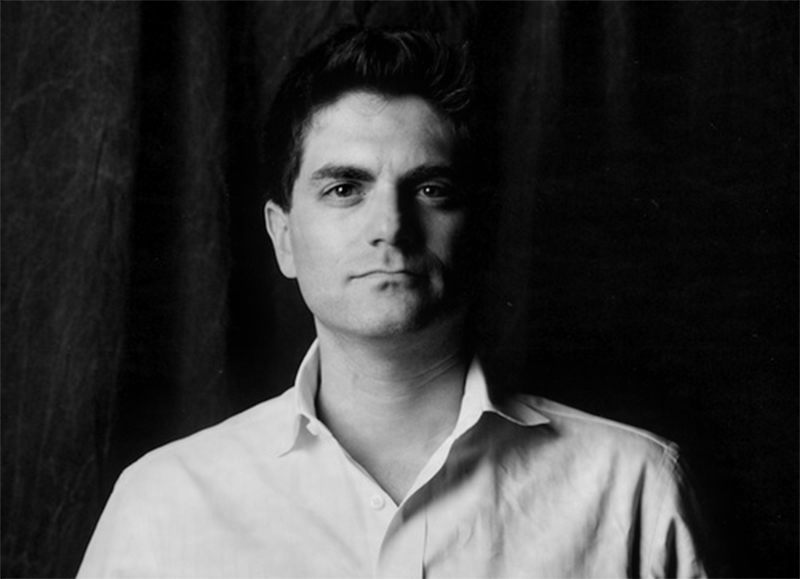 In the moments before Heroku’s developer conference, Waza, kicks off, its general manager, Oren Teich, took a few moments to talk to VentureBeat about his company’s values, its successes, and its struggles.

Although it’s possibly the least pleasant topic on his mind at the moment, he willingly started our interview with a discussion about Rap Genius, a Y Combinator company accusing Heroku of gross technical negligence and knowingly overcharging its users.

Rap Genius has been raising hell about this issue, e-mailing journalists, posting around the web, and intimating that Heroku owes its customers millions in reparations.  A generally respected entity in the larger developer community, Heroku has its first big PR debacle on its hands.

And Teich could not care less about the PR side of this.

“When this came out, we ignored the PR inquiries because that’s not the point,” he said. “Do the customers have a valid concern? That’s all I care about.”

Teich continues, calmly and deliberately, to talk about not the details of Heroku’s infrastructure or how it communicated those details to developers or charged for its services but about what he feels are the overarching issues: respect and trust.

“I see this in a big picture,” he said. “As a company, our number one job is to listen to our customers and make them successful. Sometimes, they are not successful. But respect is a really important part of that. … Ultimately, our stances always come from a place of respect. If you can’t say anything nice, don’t say anything at all.

“I think it’s great when someone provides feedback , positive or negative, but we need to do it in a respectful way. When these things come up — and they will always come up — just treat everyone involved with respect.”

With these words, Teich isn’t pointing fingers at Rap Genius, whose tactics have been decidedly tinged with anger against the larger company. Rather, his call for respect is more about how Heroku has decided to respond.

Any time a developer turns to a platform-as-a-service or infrastructure-as-a-service company, she accepts that with those added layers of abstraction comes a certain lack of control. And she has to decide: Do I trust this other party with that control for my application?

Transparency, Teich said, is the only way to create that kind of trust, to make developers confortable with relinquishing that control. And that is where he feels Heroku actually failed.

“We did not do a good job with visibility,” he said. “Our documentation wasn’t clear. And we’ve fixed all that.”

Moments later, Teich handed me his iPhone. His iOS notes application holds just one document. Teich told me he started that note two years ago and updated it last 13 days ago. 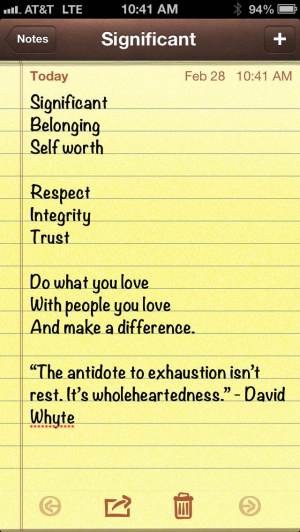 It’s a list of words — concepts such as integrity, trust, respect — and a couple quotes or mantras. “Do what you love and do it with people you love.”

Teich told me this brief list is his daily meditation. He apologizes for making the interview personal, but any time a leader tries to get their team through a crisis, it’s the personal that defines their actions and shapes their decisions. I couldn’t ask for a better window into Teich’s direction for Heroku.

“It’s a transformation we’re all going through,” he said. “It’s the journey that the point. This is about how we get to where we want to go. Your values grow along with you.”

Two years ago, he told me, the word “respect” wasn’t on that list. Today, it defines how Heroku will respond to Rap Genius and the rest of its customers.

How to hire legends

That evolution of principles, Teich continued, is also part of Heroku’s story. “How does the company put the platform in place for you to discover the unexpected, to grow into that? That is absolutely a core value at Heroku.”

A big part of Heroku’s evolution is its team, which includes developer talent known around the world for its excellent work and leadership in how programmers think about and use code. As one developer pondered, how did Heroku manage to build a team of legends even before it was a known entity in the developer community?

Other, more recent hires, such as Mattt Thompson and Yukihiro Matsumoto, actually were quite highly regarded in the community before they found a home at Heroku. But that recognition is something Teich discounts a bit.

“Everywhere, the cult of personality pervades our society. It’s more important to ask, ‘Who are the incredible people around you every day that you don’t even recognize?'”

With some of the best-known engineers on Heroku’s payroll, Teich said, “We didn’t hire them to make them famous. We hired them because they were great engineers and gave them the space to be the best engineers they could be, to become fulfilled.”

Beyond Ruby on Rails

Heroku started out as a RoR tool for those developers and that community. More recently, it’s started expanding into neighboring areas of interest — Python, JavaScript, what Teich calls obvious new fields for expansion.

But what about branching out and developing better tools for less trendy technologies? What about, say, .NET, as one Twitter follower asked?

“The word community is the word that matters,” said Teich.

“Heroku started about Ruby on Rails, that was absolutely our community. One of the things we’ve done in the process of building out Heroku, we launched a new stack, Cedar, that enabled us to support anything. There’s a few open-source packs people have built. …

“So it’s not a technical question; it’s a community question. That middle-American dad programmer using .NET, how do we respect and engage with that community?”

Again, the issue of respect came to the foreground. Teich said that Heroku’s success has been due to the mutual respect between the company and the Ruby on Rails community. And if it’s to grow beyond that community, it needs to develop respect and listen to responses with other communities, too.

You can’t throw a stone at Waza without hitting at least three guys named Matt. You could throw a stone 10 times and not hit a woman. Abandoning violent, woman-stoning metaphors, while a visible handful of women is scattered throughout the crowd, like most tech conferences, this one is dude-heavy.

So, we asked Teich, what’s Heroku’s own Matt-to-girl ratio, and what does he want it to be?

Teich took a long, long pause. He clearly wanted to make his answer succinct and correct, but what he said next was surprising.

“The number isn’t what matters,” Teich began. “It’s an indicator that something is wrong. And that matters.

“Something is off, and it’s something we feel strongly about.”

While Teich is proud that Heroku sponsors RailsGirls and other pro-woman groups in the tech and developer communities, he continued to say, “It’s clearly not enough; There’s something much more systemic going on. … We need a bigger dialogue. We all need to be working on this.”

He imagines a moment 40 or 50 years in the future when someone is reading a Wikipedia page about Heroku. He wants the article to say not just that Heroku is or was a platform for building applications. He wants it to say that the company was part of or affected a sea change in the world of development.

Concluding our interview and segueing into his opening remarks at the conference, he touches briefly on waza, a Japanese concept involving art and technique.

“I love to look at the different ways you can understand these concepts: What is the art and technique of programming and development? Every session is a meditation on art and technique in everything you do,” Teich said.

“To turn that meditation inward and ask, what is my own art and technique? For us, it’s to enable developers. Our core technique is to make a developer more than they could be without us … to expand who they can be and build into the unexpected.”