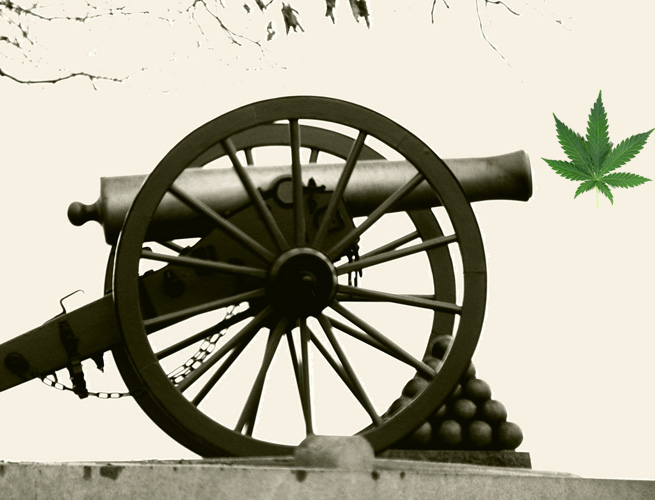 Mexican police have confiscated a homemade cannon that shoots cylinders of marijuana over a border fence and into California, the Associated Press reports.

The Mexicali, Mexico drug dealers did some innovative work to make the cannon function out of the bed of a truck. They used plastic pipe as a shaft and a crude metal tank for the base. Compressed air from the engine of a car created the pressure needed in the metal tank to shoot the cannon. (See a picture of the actual cannon here.)

This isn’t the first time such an incident has occurred. U.S. Border Patrol agents found similar canisters that were launched over the border into Arizona in December. More than 30 cans of marijuana were found at that time, and evidence suggested a “pneumatic-powered cannon” with a carbon-dioxide tank was used to launch them.

The cylinders, in this new case, were packed full of weed and weighed as much as 30 pounds. That means the improvised cannon had some impressive power.

All we can say is … that’s one groovy cannon, baby.