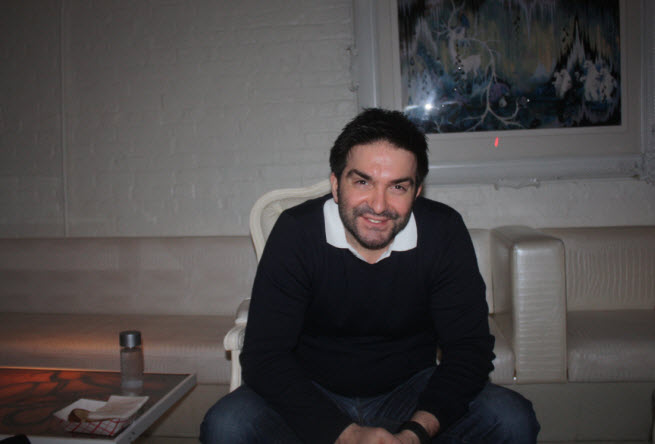 SAN FRANCISCO — Cevat Yerli has become a regular on the press tour circuit. But that’s because his company, Germany’s Crytek, is having a big year. Electronic Arts just published Crytek’s flagship game, Crysis 3, the latest in a long-running sci-fi shooter game franchise. Now he’s promoting Warface, a free-to-play shooter that has more than 7.5 million players in Russia and will debut soon around the world. Trion Worlds plans to publish the game in the U.S., and the companies recently showed the game off to the press.

The first-person shooter online game is part of a move to reinvent  high-quality triple-A games as low-barrier, free-to-play titles that you can play with minimal hassle on a wide variety of hardware. Warface uses Crytek’s CryEngine and GFACE social platform. Crytek worked on Warface in some form for the past five years. It debuted in Russia last year, and it has become the No. 3 online game in that country.

We caught up with Yerli at the recent event where he showed off Warface multiplayer combat and GFACE. Here’s an edited transcript of our interview.

GamesBeat: You have a tough comparison here in this market, where you’ve got Crysis 3 just coming out now. It’s outstanding in terms of graphics. Warface looks very good until you put it next to Crysis 3. How do you tell people, “Warface is still worth a try?”

Cevat Yerli: First and foremost, we’re trying a lot of new things with Warface. We went outside our comfort zone when we started making Warface. Warface had to be a game where you and your friends could join together. We wanted this to be a showcase for a new kind of platform, for GFACE. So the first thing we said is, “If you and your friends play each other in Warface, you should be able to let go of all that traditional single-player-focused historical luggage.” 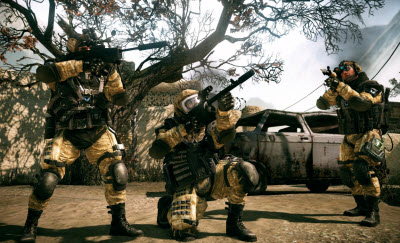 If you think about the last 10 years, people started out making single-player games. Then they added multiplayer. Then they added co-op, or some of them did. But it was always first and foremost a single-player game. That was true of 99 percent of games in the retail space. With today’s technologies, if you forget the industry’s history and reset your mind, you get what Warface is doing. Then you don’t think about ever playing alone. You always play with somebody, with your friends.

Warface takes the benefit of online technologies, that connectivity. We built an entire new home for it to be able to do that so you can play with your friends in a transparent way. Because your friends may not have the latest PCs — they may have a laptop only, they might be playing from anywhere in the world — they need to be able to access the game. Accessibility means zero cost — 100 percent free. It also means it should be easy to get started and you should be able to run it from anywhere.

The mission was to prove out a very high-quality entry in free-to-play games — not the same as all Crytek games, but the best in the segment worldwide — and to be accessible to 95 percent of PCs globally. This includes Chinese PCs, Russian PCs, and the western world. Now, this is just at launch. Going forward, the first step now in the western world is to launch Warface within GFACE as a shooter that lives for the next five to 10 years. Rest assured, as soon as the business starts rolling, we are going to make sure that Warface will be the finest free-to-play shooter out there.

GamesBeat: So as a service, you can change it.

Yerli: We can update the hell out of it. [Laughs] We can update it in a fragmented way, too. Whether it’s a tiny pixel’s difference somewhere on the screen or changing the font on the menu or uploading whole map packs and new mods. DX11, DX12, whatever comes along. We can do so many things, and we will do so many things.

GamesBeat: Does anything hold back the graphical quality when it’s a multiplayer game?

Yerli: Multiplayer games are always traditionally slightly lower-quality. Even in Crysis 3, if you play multiplayer, it’s lower-quality than single-player. There are always more people running around and you have many more characters to handle on-screen. All of our games have been like that, back to Far Cry, as well as other games like Call of Duty. An online game can look pretty spectacular, but if you see it in contrast, the single-player game will always outshine it.

Single-player games can sometimes run at a lower framerate. A multiplayer game always has to make 60 frames per second. We’re running constantly at 60+ frames here, with a very broad spec. On a single-player game, we can sometimes drop to 30 frames and it’s fine, 25 and it’s fine. But in a multiplayer game, it has to have an absolutely robust framerate. People have to sacrificing some quality here and there. It’s a technical reality. 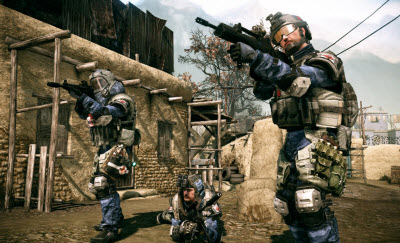 GamesBeat: In Russia you’ve got 7.5 million users. Are they playing on high-end PCs?

Yerli: It’s mixed. Some of them are playing low spec. Some of them are playing what we’d call somewhere between medium and high spec. A percentage of users are playing on super-high-end PCs now, but it’s only a percentage of users. The biggest bloc is the medium to high range. They can run the game at 60 to 100 frames per second, which is a super-fluid experience. But at the same time, when you compare to other games that are out there, none of them look as good or run as fast as this game. The CryEngine’s benefit is visible, it’s just at a different level. It’s less about pushing the quality and more about pushing the framerate of an online game.

GamesBeat: What are some observations that you guys have made about the activity in Russia? It’s a very popular market for World of Tanks, too. That game has monetized very well — 10 percent of the users are paying for something. It’s a very high monetization rate for that kind of hardcore game.

Yerli: The numbers are really good in Russia. I can’t talk about specifics right now, but we are the number three online game in Russia right now. There’s World of Tanks, then another game called Allods, then Warface. That’s in less than a year, since last April.

We’re growing substantially every month, with 20 percent sustained growth. There’s no slowdown whatsoever. We grew to our first million and then to five million much faster than World of Tanks. Just to give you an indication, we had 7.5 million users as of the end of January. In China, after one month, we have 3.5 million users. We’re now at 11 million users, effectively.

What’s interesting is that the crowd dynamics, what we’re learning from our data, show that the balance of classes and the balance of items are actually quite well spread. People are playing 50-50 between co-op and versus modes. The classes they’re choosing are falling into a regular 25-25-25-25 distribution. Maybe 24 here and 23 there, but it’s quite balanced. I’m happy that we have massaged the data enough, from a balance perspective, that people are choosing in a much more even way. That helped to prepare the game for the rest of the world. It allowed us to focus on the social nature of things, making sure that it’s a very high-quality social experience for the western world.

GamesBeat: Where else could you get this to run? Could this run on the next-gen consoles like PS4?

Yerli: From a pure technical perspective, yeah. Can it be a quality social free-to-play FPS? The social component is what I would be worried about. With GFACE we have built this realtime social network backend that rivals an MMO server on steroids. It can handle 50 or 100 million users effectively. We designed it for that, with this very horizontal, scalable architecture. It’s designed around realtime transactions in the background. It does what Facebook does, but in real time like Twitter. At the same time, it’s designed around entertainment, around content, and being together in this experience. The core game is the first phase of our launch. We want to broaden out into high-quality casual games and entertainment.