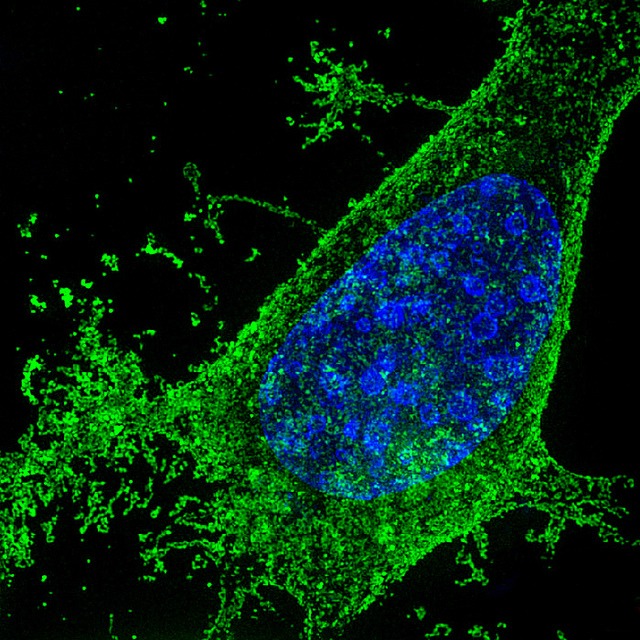 For the first time ever, a child infected with HIV has been declared cured by scientists.

An unnamed two-year-old child in Mississippi no longer shows any detectable levels of HIV following aggressive treatment of antiretroviral drugs in its first days alive, and after receiving no medication for the past 10 months.

The National Institute of Allergy and Infectious Diseases announced the findings today, and they will be formally presented at a medical conference in Atlanta on Monday by doctors Deborah Persaud and Katherine Luzriaga, who lead the case.

This is only the second well-documented case of anyone being cured of HIV. Timothy Ray Brown, also known as the “Berlin Patient,” was cured in 2011 after receiving a stem cell transplant. The hope from today’s announcement, of course, is that scientists will be able to replicate the technique to help other children infected with HIV.

“Despite the fact that research has given us the tools to prevent mother-to-child transmission of HIV, many infants are unfortunately still born infected,” NIAID director Dr. Anthony Fauci said in a statement today. “With this case, it appears we may have not only a positive outcome for the particular child, but also a promising lead for additional research toward curing other children.”

The child was born prematurely to a mother who didn’t receive prenatal care or antiretroviral medication. The child began liquid antiretroviral treatment at just 30 hours, and it was discharged after a week in the hospital with slightly different liquid treatment. After a month, the detected viral load in the child had fallen significantly (less than 50 copies of HIV per millileter of blood, according to the NIAID). The child continued to receive treatment until it was 18 months old (January 2012).

When the child was tested again in the fall of 2012, doctors found undetectable levels of the virus. The child is now being treated by Dr. Hannah Gay at the University of Mississippi Medical Center.

“This case suggests that providing antiretroviral therapy within the very first few days of life to infants infected with HIV through their mothers via pregnancy or delivery may prevent HIV from establishing a reservoir, or hiding place, in their bodies and, therefore, achieve a cure for those children,” Dr. Persaud said in a statement today.

Today’s announcement will likely go down as a major milestone for how children with HIV are treated. We’ll be exploring similar medical milestones, as well as the rise of smart health technology in general, at our HealthBeat conference later this year.