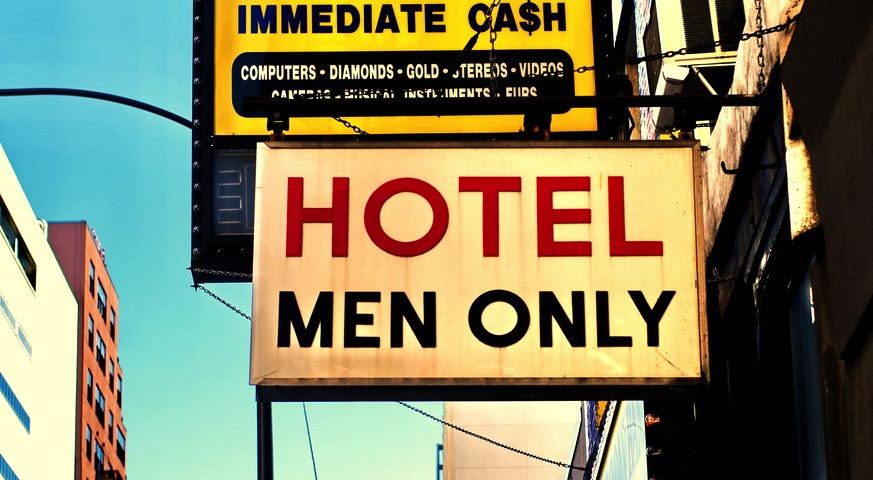 Google, Microsoft, Facebook, and Apple are not just engines of technological innovation in America — they’re also the path to Forbes’ World’s Billionaires list, which was just updated. But there is a little catch.

You gotta be a man.

Eleven of the world’s richest billionaires are wealthy primarily because they founded a technology company or own a significant stake in a technology company. That includes people like Bill Gates, who founded Microsoft and is worth $67 billion (and would probably still be the world’s richest man if he had not given away so much of his wealth). And CEOs like Larry Ellison, who founded Oracle and is currently the owner of not just a small Hawaiian island but also a fortune valued at $43 billion.

Not a single woman is on the top 10 billionaires list, and just one woman is in the top 11. And that is due to inheritance more than founding a company:

Facebook’s Mark Zuckerberg is the youngest top tech billionaire, at just 28, followed not all that closely by Google’s Page and Brin, both of whom are still thirtysomething but will only be able to say that for one more year.

An interesting question: Who will be the first woman to make it on the list due to her standing as a tech founder or CEO?

Yahoo CEO Marissa Meyer might be a top candidate, but her potentially $60 million compensation first-year package at Yahoo is only a drop in the billionaire’s bucket. She’s only like to make it if she gets a lot more stock-based compensation and Yahoo’s value goes through the roof.

That’s something that women like Change.org president and COO (and former Google exec) Jennifer Dulski is trying to change, as we reported a month ago. But given the 10-15 years it takes a company to attain the kind of scale that supports multibillion-dollar valuations, it may take us some time to see who successful they will be.