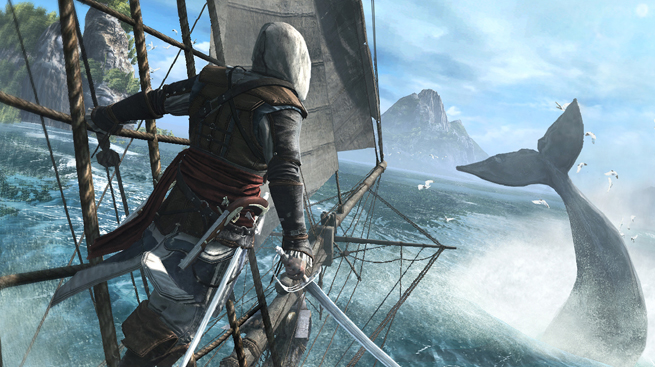 Don’t man the harpoons quite yet — People for the Ethical Treatment of Animals has something to say.

That last part, the whaling, is something we haven’t seen in many video games before, and PETA decided to give us its feelings on the matter. A spokesperson from the anti-animal cruelty organization provided the following statement:

Whaling—that is, shooting whales with harpoons and leaving them to struggle for an hour or more before they die or are hacked apart while they are still alive—may seem like something out of the history books, but this bloody industry still goes on today in the face of international condemnation, and it’s disgraceful for any game to glorify it. PETA encourages video game companies to create games that celebrate animals—not games that promote hurting and killing them.

I asked Ubisoft for its response to the PETA statement and will update this story when it gets back to me.

In 1986, the International Whaling Commission enacted a ban on commercial whaling due to intense overhunting that pushed many species to the brink of extinction. Some countries, notably Japan, wish to lift this ban. Japan currently hunts whales under an exemption to the IWC ban for scientific research.