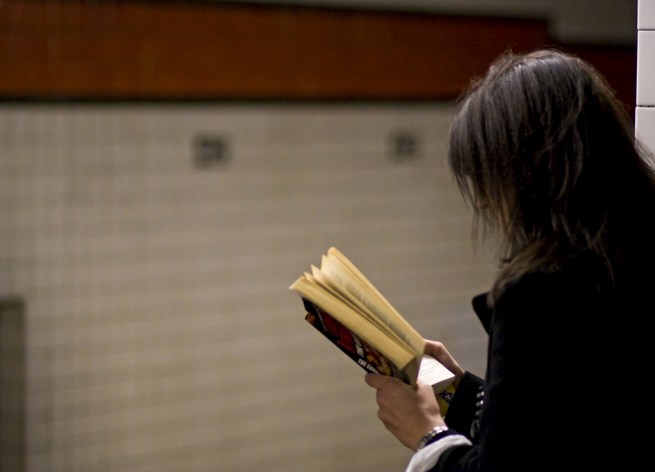 I know many women who are irked by Sheryl Sandberg’s dictum to “lean in,” the subject of her new book. Sheryl’s basic premise is that women don’t reach the top of corporate and political ladders because we stop trying at the most critical time in our careers and instead start preparing to raise families. In other words, we lean back — rather than lean in and pursue professional success with the same hunger as our male counterparts.

This idea pisses off a lot of women. Not just women who have sacrificed their careers to raise families, but also those of us who are charging forward with them. There are a couple of reasons why Sheryl’s message gets women so riled up.

The first is that most us are jealous of Sheryl. She is one of few women in a prominent leadership position who have somehow managed to achieve everything – wealth, power, respect, marriage, family, intelligence, beauty, and the list goes on. It’s hard to not feel jealous of all that. So when someone like her tells us it’s our own fault we’re not succeeding, it’s only natural to get defensive. “Who are you to tell me to ‘lean in’ when you have two nannies raising your kids?” we think to ourselves. “Take your advice to someone who has been blessed with the same privilege as you have.”

Indeed, the fact that you are most to blame for your own failure is hard to face.

Yet even if you take all that away, a doubt still lingers. Because underneath the sage advice to sweat like a man if we expect to play a man’s game lies hidden another message that is harder to swallow – that we must accept the rules as they have been presented to us, and play them well.

What if we’d rather change the rules instead? Those unspoken rules of workplace engagement, which developed at a time when men worked only with other men, continue to dictate the professional world today — even though men are no longer the only players in it. Both the obvious rules, like those that tell us the more time you spend at the office, the better an employee you are, and the subtler ones, like the idea that crying in front of a colleague is a sign of weakness, are still in play. Norms like these have shaped a working culture, over the years, which is often hostile to women in both big ways and small.

I remember the first time I cried at work. It was during a tense one-on-one conversation with a male colleague. I felt foolish after leaving the meeting, disappointed that I had demeaned myself in that way. But as I reflected later about what had transpired during the heated debate, I realized that my crying had actually been a helpful response in that particular situation. It had deescalated the tension and caused my colleague to be more empathetic towards me, paving the way for an amicable outcome. I obviously didn’t cry on purpose. It was a natural response, dictated by my evolutionary impulses, which led to a better outcome than if I had simply kept posturing like a man. So why did I feel like I had done something wrong? The “no crying” rule was clearly written by a man.

This may seem like a minor, perhaps even petty, example to some of you, but I believe it is in these subtle day-to-day interactions that women slowly lose the motivation to fight for their careers, and turn instead to that other form of work that more closely aligns with their evolutionary impulses.

I see so many capable women struggling to reconcile their career ambitions with that relentlessly ticking biological clock. Unwilling to compromise on the professional success we have been sweating over for three decades, we lean back instead on our personal lives. We delay childbirth so long that it takes a full medical team just to help us conceive, and when we do finally get pregnant we lean into our work to the point of exhaustion, squeezing out every last ounce of productivity until the baby arrives. We then proudly trumpet a brief two weeks of maternity leave (a la Marissa Mayer) and bounce right back to work, breast pump in tow. Did a man invent the breast pump too?

Truth be told, I think many of us would happily trade that innovation for more flexible work-from-home policies. Some women have a superhuman reserve of energy and chutzpah, and can withstand the exhaustion of early motherhood while steaming full speed ahead with their careers. Props to them. Seriously. But for most of us, the decision to go back to the office immediately after birth is often a choice between the lesser of evils, and some of us choose to lean the other way.

The rules that govern our workplace were not created to be unfair to women, and the men who continue to live by them do not, for the most part, do so maliciously. They are simply rules from an older time. So the message that we should continue operating within them even as we tout the progress of women at work can sometimes seem like a copout. We’re fighters after all, those of us still left standing. Do you really expect us to just shut up and play along?

Perhaps that is in fact the real wisdom in Sheryl’s message: Only those with power can change the rules, and the best way to gain power is to win the game.

Regardless of how we perceive her message, I believe we owe Sheryl a thank you for showing us that it can be done, no matter what the rules say.

Prerna is Chief Product Officer at Smule. She is also an investor and mentor at 500 Startups. You can follow her @prernagupta.

Image via ►Pensiero via Compfight cc