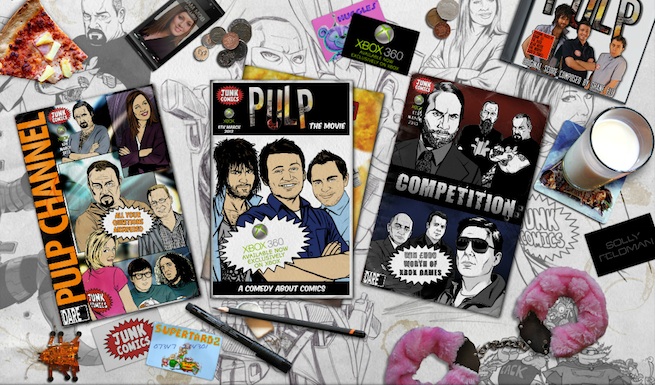 Microsoft has debuted the first film to exclusively be released through its Xbox Live platform today, pushing the console further into the realm of entertainment.

The film itself is called Pulp, a British comedy that centers around a comic book publisher who ends up getting recruited by law enforcement to help bust a crime syndicate. The reason it’s not getting a theatrical release has to do with the lack of promotional budget. And with no “bankable” stars within the movie, it makes it difficult for film studios to justify those costs, too. But that’s what makes the Xbox a perfect platform for Pulp, according to its creators.

Right now the film is only being released in the U.K. on March 4 to those that have both an Xbox 360 as well as a subscription to Xbox Live. However, if sales do well, it could see a release in the U.S., according to BBC News.

The move to premiere exclusive content on Xbox is not very surprising, as Microsoft has been angling the console to become a full-fledged media center. It already has plans to boost the level of original/exclusive content on the platform, which is evident through many of its recent hires as well as a new Los Angeles studio.