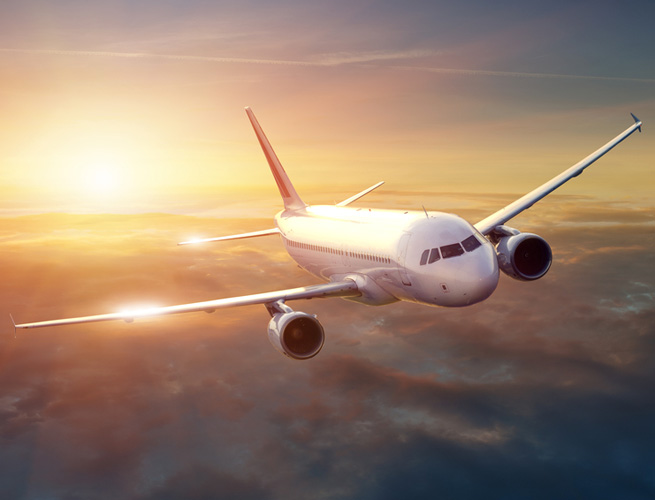 The biggest barrier stopping people from traveling more frequently is price. Sites like Kayak, Hotwire, and Priceline offer ways to find flights for less, but a lot of those flights are still pretty damn expensive.

But GetGoing, which launches out of beta tomorrow, one-ups those services by bringing the price down even more and saving leisure travelers hundreds of dollars on their bills.

“Some of our beta users have told us they can take an extra vacation each year because of us,” GetGoing CEO Alek Vernitsky told VentureBeat.

We first got a look at GetGoing back in August when it launched out of Y Combinator’s summer 2012 program. It was one of three young startups trying to revamp the travel industry — an area that desperately needs to be shaken up because of the many seats on flights that go unfilled.

GetGoing offers access to flights at “20 to 40 percent” off the normal price, and those flights go to more than 50 countries on over 12 airlines.

But if GetGoing sounds too good to be true, that’s because there’s a hitch: Travelers must pick two places they want to go, and GetGoing randomly chooses one of the destinations. (They call it “Pick Two, Get One.”) This proves to airlines that you are truly a leisure traveler and not a business traveler trying to sneak into a better deal. You also don’t know which airline you’re booked on until after you buy the tickets.

“It’s like Priceline except you choose your flights and give up a little control on the final destination,” Vernitsky said. “Customers have to jump through a hoop, but if they know what that hoop is, they jump.”

GetGoing’s most popular categories for travelers are “Beaches and Sun,” Europe, and Asia. Vernitsky says these make sense because many people who want “to just get away” want to go to a beach, not a specific beach. In the case of Europe or Asia, he said, there are many people looking to see many of the countries in both continents and they don’t care about the specific order in which they see them.

Vernitsky said the company makes money by taking “around a 5 percent cut” from each transaction. In the next few months, the company plans to add hotels and hotel-flight packages and still offer ways to keep the prices low for these stays.

GetGoing will open up to any user that wants to try it tomorrow, but anyone who signs in with Facebook Connect can get access today.

Take a look at GetGoing’s interface below: 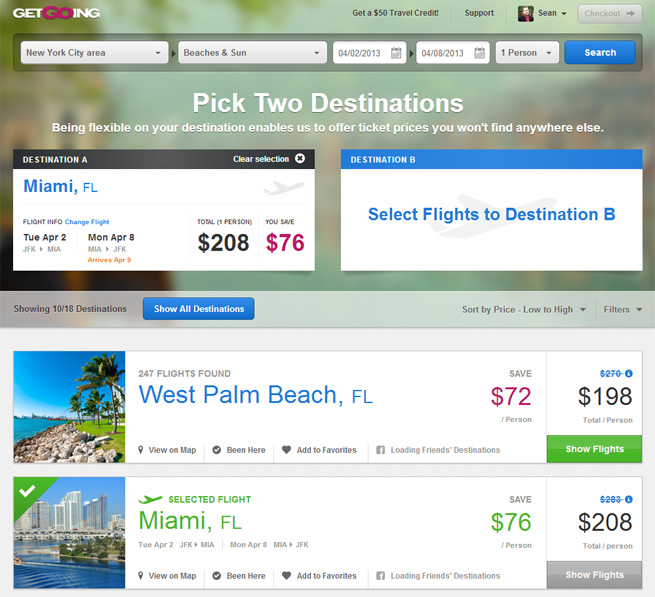 Airplane at sunset via IM_photo/Shutterstock