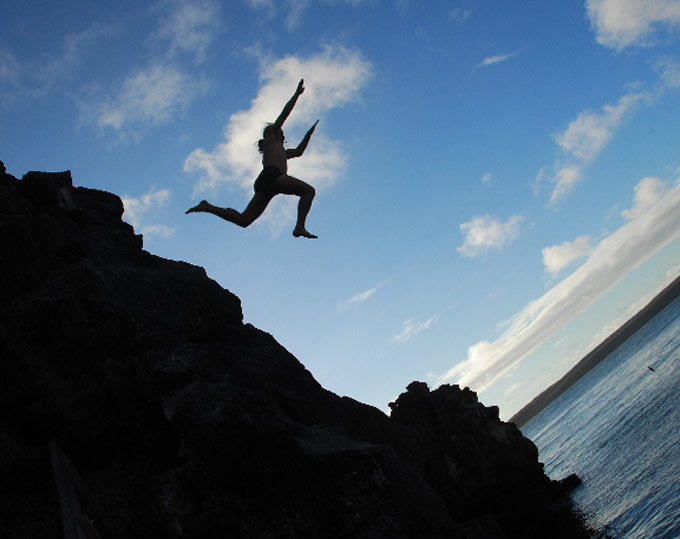 iPad display shipments have collapsed in the first month of this year, according to recent data from NPD and some creative analysis.

In fact, full-size iPad display shipments seem to have disappeared, dropping by an astounding 80 percent from December to January, even as Android tablet sales have grown.

“Unless Apple has a new full-size iPad on the way with a 10.1″ display, this strongly hints at a collapse in sales because of cannibalization from the iPad mini,” Tech-Thoughts analyst Sameer Sing wrote last night. 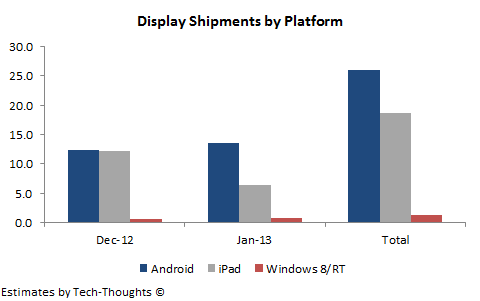 Above: Tablet display shipments by platform

Singh arrived at platform shipment numbers by analyzing the display sizes shipped in the last few months, as reported by NPD DisplaySearch. NPD  says that shipments of 9.7″ tablets have plunged, from 7.4 million in December to just 1.3 million in January.

Obviously, this is potentially a shocking and catastrophic event for Apple. 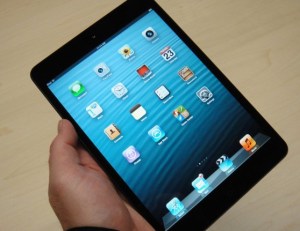 Last year when Android overwhelming seized the smartphone market-share lead, tablets were still a very bright spot for Apple, as iPad maintained market share of 68 percent early in the year and 73 percent in China mid-year. But iPad’s position was precarious, as analysts’ predicted, noting that Android tabket sales out-grew iPad sales in six out of the last eight quarters. And the IDC says that iPad dropped from 46.4 percent to 43.4 percent share in Q4 late last year.

But there is a possible explanation for this that does not involve iPadocalypse.

Apple’s full-size tablet display shipments could be vastly down for two reasons. One is that Apple is selling far fewer, or planning to sell far fewer, and so buying fewer displays. Another is that Apple is switching product mix and, perhaps, completely updating the iPad product line … and therefore ordering different sizes of tablet displays, which might just be coincident with some popular Android tablet sizes — and which, therefore, would look very much like Android tablets in the DisplaySearch numbers.

Which makes it not so surprising that fairly reliable sources are claiming that Apple will be revamping its iPad lineup as early as — wait for it — next month. That’s still conjecture, of course. But Tim Cook was extremely confident when speaking early in February at the Goldman Sachs’ Technology and Internet conference, saying that Apple’s culture of innovation was extremely strong and that the pipeline of new products was full.

And it would explain an otherwise baffling collapse.