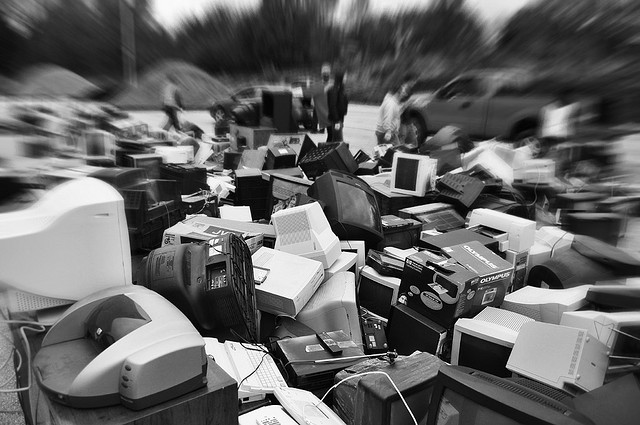 Because each year, a staggering $21 billion worth of gold and silver goes into the electronics we buy.

Gold & Silver Buyers, one of the many we’ll-buy-your-gold firms that have sprung up in the last few years, says that the precious metal content of our throwaway devices is up to 50 times higher than the ore in a gold mine. And with 50 million tons of electronics waste every year, that’s a lot of coin going in the garbage.

Urban miners can reclaim most of the 320 tons of gold and 7.5 tons of silver that is embedded into each year’s crop of iPhones and tablets by processing the waste. One of the biggest centers is in Guiyou, China, which processes 1.5 million tons a year, taking $75 million out of trash on an annual basis.