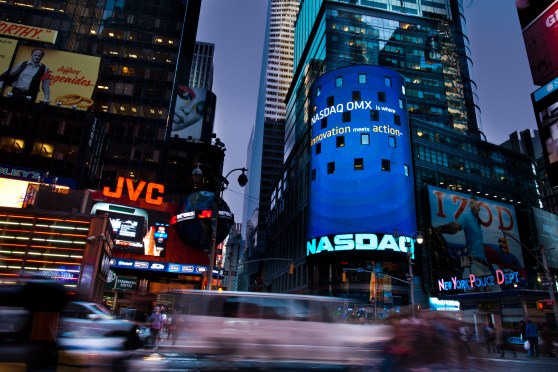 Today, Nasdaq and SharesPost jointly announced they are launching a new marketplace for trading shares in privately held companies.

At the outset, it sounds like an oxymoron: The whole idea of privately held companies implies that closed circle of founders, employees, and investors closely guards the equity.

But secondary markets like SharesPost and its nearest competitor, SecondMarket, have long been helping accredited investors and early-stage startup employees negotiate trades of cash for shares. Nasdaq’s putting its seal of approval on the practice (and rolling out its own brand of secondary market) shows a little bit of the exchange’s hand and illustrates its struggles to adapt to a tumultuous new world of corporate funding.

Recently, one famous flagship Internet IPO — Facebook’s — got the exchange into a huge public mess. Between technical glitches and communications issues, the brand-new shares’ price wobbled and crashed, leading Nasdaq to propose a $40 million refund for early investors. Those jitters only fueled the war between Nasdaq and the New York Stock Exchange, both hungry for the latest crop of technology IPOs.

“We’ve been saying for five years now that the public markets are broken and there’s a need for a new market structure,” said Barry Silbert, the founder and CEO at SecondMarket, a company that, like SharesPost, provides equity deals and liquidity for privately held companies.

Initial public offerings, he continued in a phone interview with VentureBeat today, take an incredible amount of time and effort to accomplish. And in the current economic and entrepreneurial climate, he (and Nasdaq) are less certain that the IPO is the best end-game for any company.

“If we could be successful doing this, it gives companies an alternative to going public or selling themselves, and it gives them total flexibility to how they raise money and who they raise it from,” he said.

Being successful at running a secondary market for private companies, however, is a gamble itself. Nasdaq has previously toyed with the idea, mostly unsuccessfully. Its BX Venture Market, launched in May 2011, was supposed to be a marketplace for early-stage companies and companies not listed on a national exchange. In 2007, Nasdaq also launched the PORTAL Market, a regulation-free marketplace for unregistered equity securities.

But this time, Nasdaq comes back to the idea with fresh blood: SharesPost’s technology and its relationships with the hottest startups Silicon Valley has to offer. Nasdaq thinks of itself as the brand that brings legitimacy and credibility to the investment table, but after last year’s Facebook incident, SharesPost and SecondMarket might hold more water with the tech community.

“The model they’re looking to build is the model we’ve created,” said Silbert. “It’s company-controlled, even down to when transactions happen. And they’re replicating that.”

A source close to the NPM venture told VentureBeat that companies will exercise vast amounts of control in Nasdaq’s version of the private, secondary market. At a minimum, companies decide whether they want to work with the NPM in the first place. Then they also get granular controls for each deal: who can buy and sell, how much equity and cash changes hands, and even the timing of trades — something Silbert recognized as a core tenet of SecondMarket’s own platform.

The NPM also provides protections for potential investors. A source close to the matter tells VentureBeat that the NPM will only list startups that have seen multiple rounds of funding and have some proof of revenue. That alone helps to mitigate a lot of risk and skim off a good deal of Silicon Valley froth from the deal pool.

“Somebody, whether it’s a bank or an adviser or an exchange, trying to assess whether a company is real is absolutely a mitigation of risk,” said Silbert, contrasting the private deals with public-market trading.

“It’s essentially creating listing standards. But in the private company world, it’s very difficult to put down on paper those kinds of standards. Some kinds of businesses are revenue-zero for a long period of time. Or you’ll have companies that are incredibly successful that have not taken institutional capital.”

And on the investors side, this isn’t a crowdfunding free-for-all where Grandma and Grandpa get to throw $50,000 at a Pinterest clone. Only qualified institutional buyers (aka VCs and other institutional investors) and accredited investors (aka angels) can buy shares in the privately held companies on the NPM — again, just like previously existing secondary markets.

And as Silbert pointed out, “The institutional investors are the ultimate judges.”

But as much as Nasdaq and its older, larger ilk may be struggling to keep up with the pace of entrepreneurship as we fully enter the era of apps as businesses, don’t expect public markets to tank and disappear any time soon.

“I have a lot of issues with the public markets, but they’re not going away,” said Silbert.

“The public markets, 60 percent to 70 percent of the volume is high-frequency trading done by computers that have no knowledge or care of the underlying businesses they’re buying and selling stock in. And the average investor holds on to that stock for less than three months. They’re essentially betting on whether or not a company is going to meet its earnings estimates.”

And for early-stage tech companies — as Facebook, Groupon, and Zynga can attest — that’s a crap way to do business. What secondary markets provide isn’t a substitute as much as an alternative.

“The blurring of the lines is the right way to look at it,” Silbert concluded.

“I think in the future, there’s not going to be this distinction between public and private. … We’re creating a new model where a company get the benefits of going public while maintaining the benefits of going private. … It has access to a deep pool of capital for primary transactions as well as liquidity. It has a deeper, closer relationship with its investors than a public company does.

“And when it comes to liquidity, it’s committed to providing liquidity, but it’s not doing to from 9:30 a.m. to 4 p.m. in a glorified casino run by robots and algorithms.”