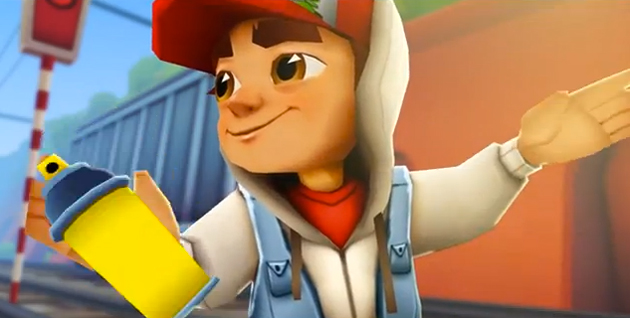 The mobile-development scene is beginning to settle. Once a lawless frontier for wild developers with crazy ideas, it is now just as common to see familiar names like Disney, Electronic Arts, and Activision ruling the top 10 games on Apple’s App Store and Google Play.

Smaller studios must get smart — like Kiloo Games, which tried a new co-production development model and hit the big time.

The Subway Surfers developer didn’t create the game on its own. Instead, it teamed up with another studio to leverage the strengths of both firms to create a more fine-tuned final product.

“In May, we launched Subway Surfers,” Kiloo chief creative officer Simon Moller told GamesBeat. “It went number one in 50 countries, including U.S. and we’re really happy about that.”

This endless runner is spectacularly popular. It has over 130 million total downloads and 25 million daily active users. It’s retention rates are also abnormally high, with 60 percent of players returning after 30 days of installing.

Kiloo thinks it can trace the success of the game directly back to the co-development environment the title was born out of. 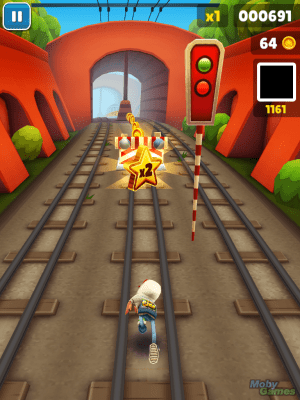 The two companies then split the revenue down the middle.

It’s actually like an indie take on Ubisoft’s multiple-studio efforts. That publisher uses four to six studios to create games like Assassin’s Creed III. That model works for giant triple-A titles, and now it’s working on a smaller scale.

Moller believes that this works because it pools knowledge and skills. Sybo worked as animators on a previous Kiloo project, so everyone knew they had development skills. Kiloo, on the other hand, understood the free-to-play model and how to implement it in the game.

One of the key things about Subway Surfers is just how quickly the game starts. After loading, it presents a splash page. Click on the screen and suddenly you’re playing. That low barrier to action was a conscious decision by Kiloo’s designers.

Now, Kiloo is working on six other games, and at least five of those use the co-development model, but Moller isn’t under any illusion that it can easily reproduce the success of Subway Surfers.

“We made this game,” said Moller. “We’re here now. All we can do is look ahead and try to do better next time. And try to do different stuff next time. It’s difficult to tell if we can replicate this success in terms of reach, but in terms of being better? Maybe.”