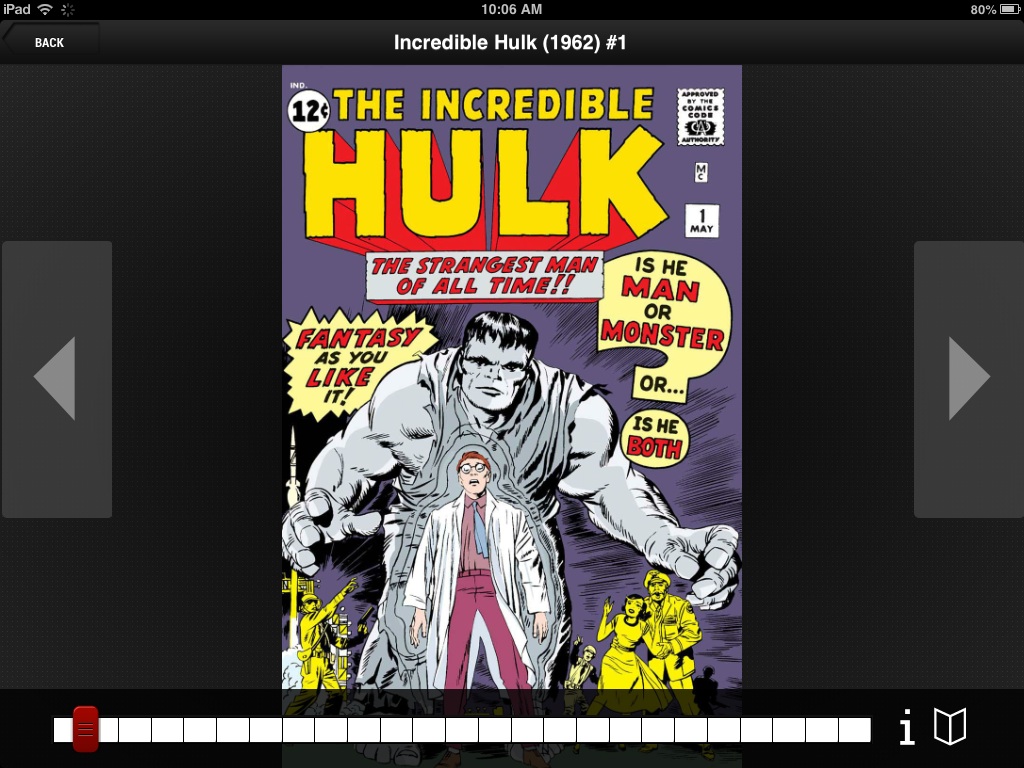 Combining peanut butter and chocolate is as powerful a match as digital comic books and the iPad  — especially when those comics are made by Marvel.

For years, early adopters of Marvel Comics’ “unlimited” digital comic book service on the web have been clamoring for the company to add support for the iPad, and today those fanboys are finally getting their wish.

The unlimited comics service first launched in 2007 with a modest 2,500 comic books that readers could access online via a Flash application. Currently, the service has over 13,000 comics available via a HTML5 web app (as well as the new iOS app) and costs consumers $10 per month, or $60 per year. But if you’re hoping to get any of the newer content that’s been published recently, you’re out of luck, as Marvel Digital Comics Unlimited (now officially called Marvel Unlimited) is primarily made up of classic stories from the company’s early days as well as a bunch of stuff that’s just worth checking out. And if you’re worried about burning through thousands of digital books, rest assured that Marvel does add new content on a regular basis.

After playing around with it for a bit on my iPad, I can definitely tell that there’s a big difference in quality when compared with Marvel’s official comic store app that’s powered by ComiXology. The Marvel Unlimited app is very bare bones and resembles much of what you’d expect to find on the web app.

There is no “guided view” feature (which zooms in one panel at a time), and because everything is streaming, pages are sometimes slower to load than what you’re probably used to on the official Marvel Store app, and sometimes I had to reselect on some books after getting an error message. Initially, pages were popping up fine, but I’m assuming everyone else is also trying to pull the same content on, which is keeping me in perpetual loading.

And while I do think Comixology’s comic image pages are higher quality, it wasn’t that big of a deal to me. I probably wouldn’t have even thought about it if I was casually reading. But honestly, this isn’t meant to be a premium product and its a bit unfair to compare it to more sophisticated applications for mobile devices.

Right now, Marvel is offering a selection of free comics through the app to give you an idea of what it can do. Those that already have a paid subscription do get access to additional features, like the ability to download comics to your device for offline viewing (which also fixes the slight delay when turning pages.) One big set back to this is that you’re restricted to saving six issues to your device at a time. I’d imagine this will increase as Marvel developers get their barrings and realize how people are using the service on a touch screen.

The new Marvel Unlimited iOS app should be available in Apple’s App Store for free across all Apple devices now. For a closer look check out some screenshots embedded below. 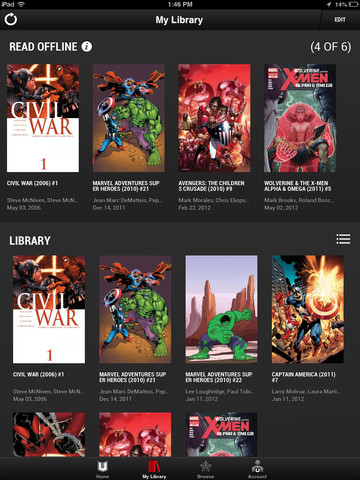