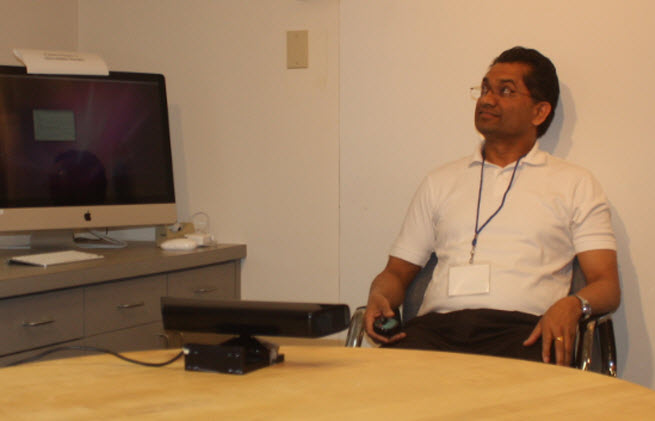 A Xerox researcher has used Microsoft’s Kinect game sensor to measure how well a patient is breathing. 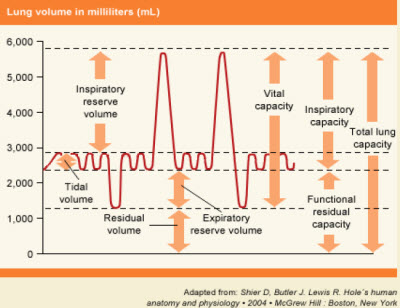 The inexpensive game device, which tracks 3D objects and motion in a room, could be an unobtrusive way of measuring the quality of a patient’s breathing and how much lung capacity they have over a period of time. As such, Kinect could help lower the cost of health care and give physicians information that they can’t otherwise easily get.

Lalit Mestha [pictured], a fellow at  the Xerox Research Center Webster in New York, said in an interview with VentureBeat that Kinect sensors can detect 3D shapes in a room, and this can detect the rise and fall of someone’s chest. From that, Mestha said in a presentation at the Xerox Palo Alto Research Center yesterday that information on air intake, or the air inhaled and exhaled during normal breathing — when calibrated with other info, the data can be used to calculate total lung capacity. And from that, physicians can learn more about whether a recovering patient is getting better or worse. If a patient is slowly being strangled by something, Kinect could part of a system that warns nurses about the emergency.

The Kinect’s video camera could also measure other things, such as heart rate. (And if a game developer makes use of this, it could conceivably create a game that speeds up or slows down based on the player’s heart rate and breathing pattern).

Mestha said that besides costing less than medical systems such as ventilators, the Kinect system could prevent unexpected hospital deaths. On top of that, it can measure patients without requiring contact with the skin. That could be better for burn victims or infants.

Microsoft has been encouraging researchers to look at the health applications of Kinect since 2011. An independent study also found that Microsoft’s Kinect could reduce health care costs by $30 billion through remote monitoring.