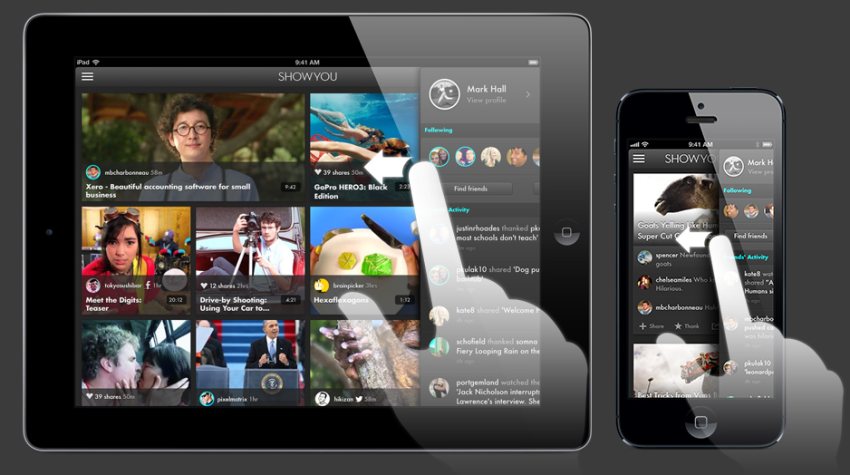 Video discovery app ShowYou Taking is pushing out a new social feature. The app will now let you share the viewing experience with your friends.

Version 4.1 of the free ShowYou app, launching today for the iPhone and iPad, adds a social tray that lets you easily invite friends to join in on a video. The tray also lets you see what your friends have been doing on ShowYou, which could lead you to interesting videos.

ShowYou has relied on social feeds for content recommendations since the beginning, but the new feature makes the app almost akin to watching TV on the couch with your friends.

“At some point over the past six months, our team became more acutely aware that we were all watching and sharing videos on the app at the same time (generally, in the evenings and on the weekends, which are peak usage times for Showyou),” wrote Mark Hall, chief executive of Remixation, the company behind the app, in a blog post this morning. “Knowing we were on the app at the same time, we wanted to have better ways to connect, to signal to one another what we were watching. We wanted to get closer to the ideal of being able to watch together even though we were not in the same place (our team is split mainly between Portland and San Francisco with a cowboy loner out in Oklahoma City).”

San Francisco-based Remixation has raised an undisclosed amount of funding in a first round from True Ventures and other investors.