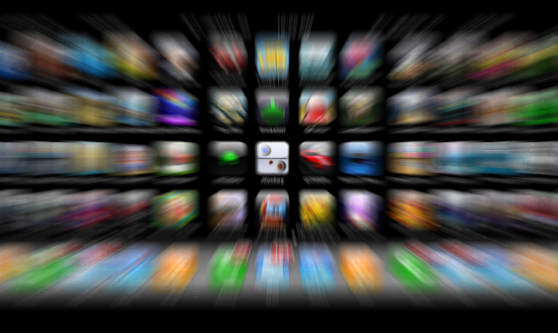 Robin Vasan and Prashant Fuloria are, respectively, managing director and executive in residence at the Mayfield Fund.

There are over a billion smartphones being used around the world today, but most apps running on them are still quite dumb, in that they throw away a lot of valuable information that could be harnessed to serve users better and to provide a better overall experience.

Don’t believe us? Just look at the highly popular apps from Yelp and Amazon. Yelp’s app search ignores your implicit cuisine preferences, which it could easily extract from your prior queries and navigation. Yelp also overlooks contextual factors like weather and time of day, showing “Bars” and “Nightlife” prominently in its Nearby feature, even at seven in the morning!

Ditto for Amazon’s PriceCheck app, which seems to not only ignore your purchase history but also whether you’re searching for that toaster oven from your home or at your local Target.

We don’t mean to pick on Yelp and Amazon – we’re confident that if you spend some time thinking about any favorite app, you’ll come up with several ways in which it could make your life easier by intelligently utilizing your prior usage, your social graph, your location, time of day, and so on.

The good news is that things are quickly changing for the better, thanks to the emergence of a new class of apps which embody the definition of “smart” by being personalized, contextual, and proactive. Just as the rise of services like Pinterest changed user expectations around visual design and intuitive interfaces, we believe that these new smart apps will train users to expect all their mobile apps to:

The hottest area for this trend is the personal productivity space. Three years ago, Siri gave users a glimpse of how smart apps could make them more productive. However, while Siri continues to provide a convenient speech interface and integrates nicely with core iOS apps (phone, calendar, reminders, etc.), it has been leapfrogged by Google Now, which leverages deep Android OS integration and connection into Google services (Gmail, Google Apps, Google+ and your search history) to provide a more personalized, contextual and proactive virtual assistant experience.

Google Now has its own limitations, especially the lack of integration with other key services like Facebook, Twitter, Microsoft Exchange or other email providers. Entrepreneurs are hoping to exploit these limitations: witness the recent debuts of apps like Mailbox, Tempo, Cue, Grokr and EasilyDo. These apps use intelligence to organize inboxes with a simple swipe, show you useful details for calendar events, provide routes that avoid traffic, dial into conference calls, and suggest friends who need to be congratulated or consoled.

Smart apps don’t all have to be virtual assistants or personal productivity apps. We see a raft of opportunities across the board for entrepreneurs to disrupt entire categories. To share a few examples:

Why is this change happening now? We see several factors converging to unleash smarter apps:

If you’re excited about this new wave of smart apps, join the club. We believe we are just in the first innings in the creation and delivery of smart apps and looking forward to partnering with entrepreneurs building disruptive mobile apps and companies.

[Editor’s note: The mobile app experience discussed in this article will be explored in greater depth at VentureBeat’s upcoming Mobile Summit, an invitation-only gathering of 180 top mobile executives, April 1-2, 2013. Find out more about the Mobile Summit here.]

Robin Vasan, Managing Director, is a former software entrepreneur who has been on the Mayfield Fund investing team since 1999. He invests in early-stage companies that leverage the drivers of mobile, cloud, SaaS and big data.  Some of his notable companies include webMethods, Trigo and Akimbi and some of his current investments include Alfresco, CloudPhysics, Couchbase, EasilyDo and Marketo.

Prashant Fuloria, Executive in Residence, brings a decade of product management experience from Facebook and Google. At Facebook, Prashant led the product team for Facebook Ads and subsequently managed commerce products, including Facebook Credits. At Google, he managed all of Google’s products for the Asia-Pacific region, led its global billing & payments product efforts, and served as an early member of the AdWords product team.