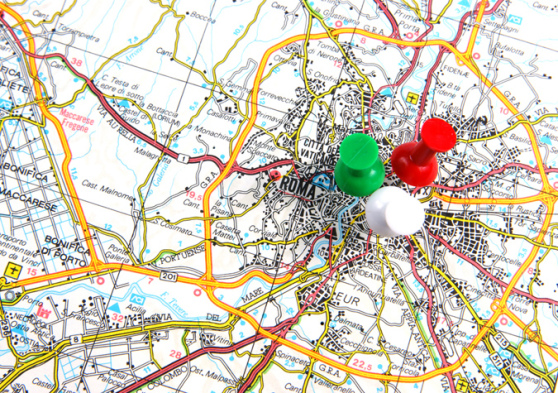 The Application Programming Interface (API) provides a link for smartphone and tablet devices to get data from the cloud, social networks to accept shares, and data to easily be exposed between companies.

For information technology, this is the age of APIs.

In the early Web, data was shared through bulletin boards and forums. As the Internet went mainstream, users demanded a better experience with guided tasks, and a three-tier architecture became standard. This application topology led to many isolated islands of logic and data, which were made accessible by the introduction of web services which allowed third party developers to build applications to connect them through APIs.

The web giants leading the way in social business recognized the importance of APIs from the get-go. For instance, Google’s dominant search and map services are both accessible through APIs.

Salesforce pioneered the software-as-a-service (SaaS) business model by offering both a web-based user interface and a web API. Twitter gained ubiquity through APIs that allow its members to tweet resources from other sites. Even Amazon Web Services uses APIs as the gateway to its offering that has become the de facto standard for cloud computing.

Knowing where to start can be the biggest challenge.  What services should my API offer? Can it generate revenue? What will motivate developers to use my API? Read on for tips and best practices from the Web’s giants.

Treat your API as a business

An API is a new channel for your business. It can generate revenue directly, be used as a business development tool or as a means of integrating with other applications in the ecosystem. In the early 2000s, Salesforce popularized the SaaS business model, shifting away from managed services or value-added networks by providing self service administration to their clients and a menu of payment options to fit any size business.

The Salesforce API was a fundamental enabler for this approach, and served as both a way of interoperating with and competing against Siebel and SAP. If Salesforce.com had launched as a web application only, the job of integrating key enterprise data from existing systems would have been left to the client, and would have eliminated the value proposition of the SaaS model. This well-documented, standards-based API provides flexibility for clients to adapt their customer relationship management (CRM) solutions and enables third party app developers to build new solutions that embed Salesforce’s services.

Align your API with your value proposition

Amazon struggled early as a books-only retailer, but an ambitious scope change led to its dominance in publishing and retail. In parallel, the company made a brilliant move by leveraging its excess processing capacity to create Amazon Web Services. Now the leading public cloud computing platform on the web, this is where Instagram, Pinterest and many other successful startups run their systems.

Amazon recognized the struggles of startups to build out their own infrastructure and delivered a hosting solution that provides a more palatable on ramp, allowing smaller companies to scale to the highest enterprise SLAs. AWS has become a profitable business unit for Amazon by providing a number of discrete infrastructure services—storage, application hosting, load balancing and more—that meet the needs of this target market. Recognizing that these services would need to be accessed by automated processes and not just human users, each is exposed through an API, allowing client engineers to administer environments that that suit small mobile startup looking for data storage in the cloud to large enterprises with high performance and availability requirements. This API-based approach perfectly fit the AWS value proposition and helped Amazon scale this business unit to an overwhelming leadership position in Infrastructure-as-a-Services (IaaS).

Twitter has created its own form of media, and to some extent its own vocabulary, but its success is rooted in the quantity, renown and currency of its content producers. The first of the web giants who could truly claim the “mobile first” moniker (140 character maximum), Twitter sought multiple channels of communication from the outset. The vehicle it chose for transporting content in and out of its service was a web-based API. Twitter grew in parallel with the success of the iPhone due to native integration of its API with iOS, and by providing open access for third party app developers.

Twitter cultivated this developer ecosystem by ensuring its API was robust and well-documented while providing an extensive developer portal to facilitate self-guided learning and registration. To address third party identification and authentication, Twitter co-authored the original OAuth specification that has become the standard for APIs. The service is so compelling for developers, there are even books written about the Twitter API. By spoiling its developers, the company facilitated the growth in usage of its API and drove the popularity of Twitter itself.

Google’s success can largely be attributed to its simplicity and usability. Personalization and advertising are embedded into the Google search experience, but never at the expense of the user’s core goal. Another hallmark of the company’s success has been its willingness to make small bets in the market, tagging many newly launched services as “Beta” for comically long amounts of time. This soft launch approach is effective because Google is fastidious about collecting user feedback and incorporating it during these extended beta periods.

Google has taken a similar approach with its APIs. The Google search mimics a basic REST API. Google Maps, Gmail and YouTube are all API-powered. The Android mobile platform provides connectivity to cloud-based services through web APIs. Google’s GData is a REST-inspired technology for accessing information on the web. In all of these instances, Google has taken care to provide a highly intuitive interface that encapsulates a useful function and is easily integrated into an application flow. There is now even an API Console providing unified access to all of Google’s services. Google has retained credibility with developers due its experimental nature, iterative approach and commitment to the user. The company flourishes in part due to the usefulness and usability of its many APIs.

Any company looking to utilize an API to expose its services — and every company should be looking at this — can stand on the shoulders of these giants:

Following these tips will help your company capitalize on the massive opportunity presented by the new era of social business. 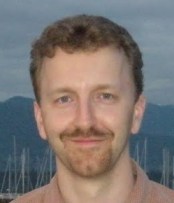 Matthew McLarty is VP of client solutions at Layer 7, where he provides implementation best practices and architectural guidance to Layer 7’s customers that are building out their enterprise and API architecture. He has more than 15 years of technology leadership, with a particular focus on enterprise architecture, strategy and integration. Prior to joining Layer 7, Matt led the global IBM technical sales organization responsible for application integration software and solutions, notably helping to grow the SOA Gateway business substantially over a five-year period.