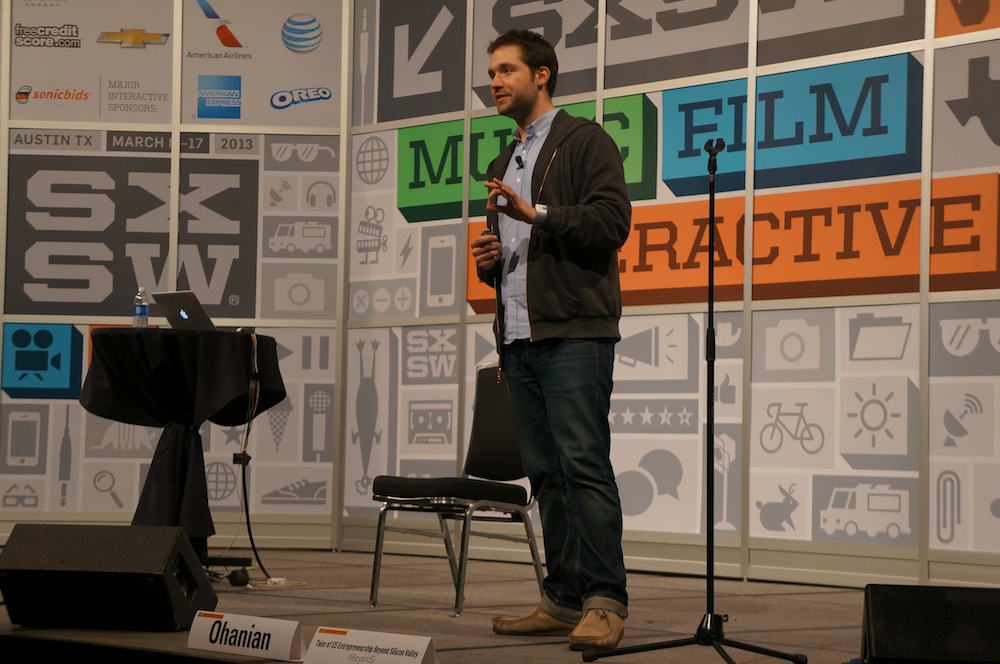 AUSTIN, TX — Rather than take time to explain in detail what his forthcoming book Without Their Permission is about, Reddit co-founder and all-star entrepreneur Alexis Ohanian decided to call his congresswoman about bad cybersecurity bill CISPA during his presentation at SXSW today.

Using the Contact Congress iOS app, Ohanian proceeded to ask a clueless congressional aide why *Rep. Nydia M. Velazquez hadn’t responded to his question about her support for CISPA last week. (The aide didn’t actually know what the bill was, and suggested he call back Monday morning, not understanding he was on speaker phone with hundreds of people listening in.)

“One of the advantages of living in a world where you can see what Kim Kardashian had for breakfast is that we have a new level of expectation,”  Ohanian said. “And if I can see what a total stranger celebrity is having for breakfast, shouldn’t I know what my elected official thinks about things? Shouldn’t I have that same level of entitlement? These people work for us. We hire them. We fire them. We pay their salaries.”

Ohanian’s talk covered a broad range of issues that centered around his time traveling through the mid-west talking to entrepreneurs, and finding out how they’re making communities better. The presentation kicked off with an extended trailer from the crowdfunded documentary “Silicon Prairie” shot during the bus tour.

“The next big change is going to come from the people you normally wouldn’t expect it from, and that’s going to happen through the Internet,” Ohanian said, which parlayed into a conversation about the struggles to keep the Internet free, accessible, and open.  And more concerning, he said, is the role Hollywood is playing on getting restrictive tech policy (like SOPA, PIPA, and now CISPA) passed by congress.

While the talk itself was true to its description in the SXSW scheduling guide, I can’t help but think that these would be the same kinds of talking points that would help launch a political campaign — (say, for that congressional seat in Brooklyn for 2014?)