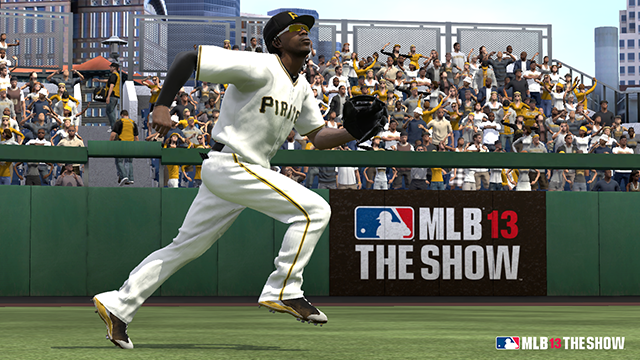 I find it pretty ironic that Andrew McCutchen is the cover star for MLB 13 The Show. Don’t get me wrong, he’s an incredible player, but he’s also the star of the Pittsburgh Pirates, a franchise famous for an incredible losing streak (it hasn’t had a winning season in 20 years).

The Show, however, has been nothing but a winner. The Sony-exclusive baseball series has outperformed its competition (at least in terms of quality), the multiplatform MLB 2K, for years. With the release of MLB 13 The Show for the PlayStation 3 and Vita, that streak seems safer than Ichiro after successfully stealing second base.

But after spending years on top, The Show is starting to feel as stale as a 9th inning hot dog bun.

Still the best in show

MLB 13 The Show takes one of the most complicated sports ever, which usually involves at least two teams of nine players to play adequately, and turns it into a great gaming experience. Not that it’s the first or only effort to do so, but none can match The Show’s depth and customization. 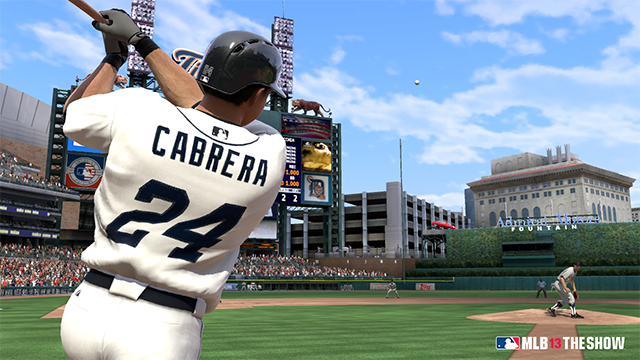 You can make The Show as complicated (or as simple) as you want with an incredible assortment of options. For instance, you can make pitching as easy as pushing a single button or as complicated as exercising precise movement and timing with the analog stick. You can also opt for the computer to perform some of the more complicated tasks, like baserunning and fielding, automatically.

The Show also excels at presentation, with cameras and commentary that closely resemble the real thing. Anything can happen in baseball, and it seems like The Show is ready for any and every possibility. A pitcher gets hit with a line drive to his driving leg? Yup, they’ve recorded commentary for that.

Even small details, like fans walking up and down aisles in the stadiums, really add to the immersion. Sony Computer Entertainment’s San Diego Studio really delivered an authentic baseball experience. 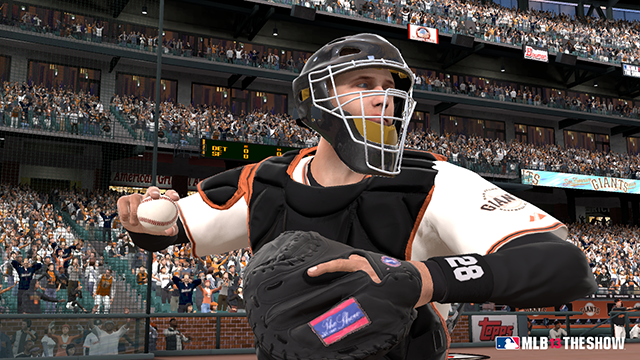 The Road to the Show has long been my favorite part of the series, and it’s still as excellent as ever. This is the The Show’s take on a career mode. You create a player with an assortment of customization options, assign him a position, either enter him in the draft or pick a team for him, and then play through his path from the minor leagues to the World Series.

It’s like a baseball role-playing game. You gain experience for good performances, which you can then use to increase your stats (for example, pitchers can improve their accuracy with the fastball, and hitters can beef up their batting power). Your manager gives you a checklist of goals every couple of weeks, often asking to you improve a single stat or telling you how many hits you need to accomplish during the time frame. Meeting all of these tasks can help further your career. Failing them can send you back to the minors.

Each game you play skips to the parts that concern your player, so a first baseman, for example, would only have to play each of his at-bats and any fielding play involving his position. It’s a fun, efficient, and rewarding way to play baseball, and it’s the closest most of us will come to achieving our big league dreams. 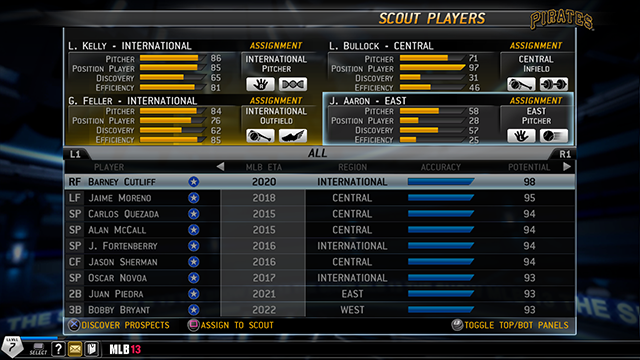 I’ve established that MLB 13 The Show is a very good baseball game. The problem is that MLB 12 The Show also was. Same for MLB 11 The Show. And MLB 10 The Show. And … well, you get the idea. SCE San Diego figured out the formula for a great baseball experience a long time ago, and while yearly releases are the norm with sports franchises, the incremental improvements from year to year really haven’t added up.

This year’s version does offer some new additions, namely an improved Franchise mode that, frankly, is still far too complicated for my feeble mind. Better is the new beginner mode, which eases inexperienced players into the complicated tasks of hitting and pitching. Of course, that doesn’t mean much to veterans of the series.

It’s a tough problem. I’m certainly glad I’m not a developer, because I have no idea how to fix it. You can’t exactly change the game of baseball, but the market demands a new game every year. Still, the series can’t escape fatigue. From an impassioned critical eye, The Show is as good as ever, but I’m far less enthusiastic about it as I was four years ago.

MLB 13 The Show is still an incredible baseball game. If you’ve enjoyed previous installments in the franchise, then there’s no reason you won’t find a good chunk of entertainment in this year’s edition.

Still, if you own MLB 12 The Show, you’re mostly paying for the updated roster. Some of the incremental changes are nice, but they’re nowhere close to being game-changers.

MLB 13 The Show is available now on the PlayStation 3 and Vita. The publisher provided GamesBeat with a copy of the PS3 version of the game for the purpose of this review. I was not able to test the PS3/Vita Cross Play features for this review.