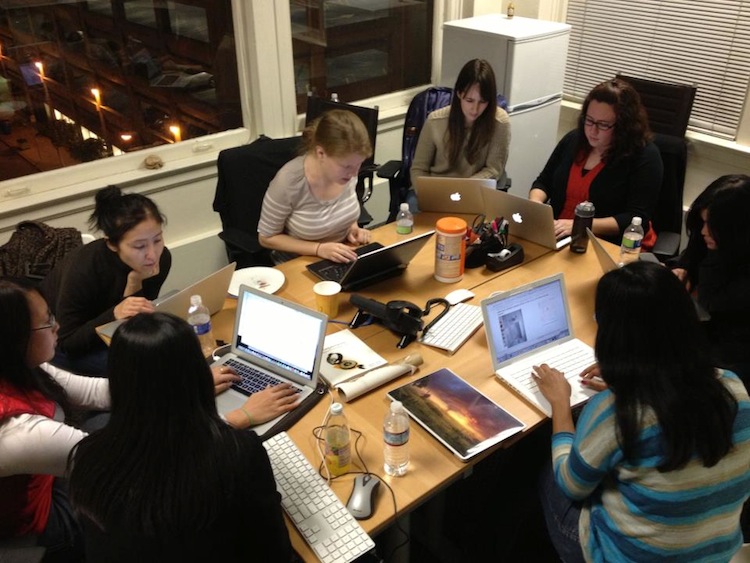 I tweeted to female entrepreneurs and developers to ask whether they enjoy the “women in tech” conversation or avoid it, and why. I hit a nerve and received dozens of responses, which we compiled using Storify. Check it out at the bottom.

The woman-in-tech topic has been debated ad nauseam for years. You might be bored sick of it, but the numbers refuse to budge.

“We don’t want to be seen as crazy bitches moaning about the same issue,” explained Jenn Wei, a twentysomething investor at Blumberg Capital, when asked about the lack of women in venture capital.

Women represent less than 10 percent of venture capitalists, and they have been leaving the industry at twice the rate of men, according to the Kauffman Foundation. Wei is well aware of the gender imbalance and has written about it, but said she is fearful about “overplaying the victim card.”

For this reason, women in the male-dominated tech industry have historically shunned the topic, particularly in conversations with the press.

Former Epiphany chief executive Karen Richardson was one of the few women executives in tech in the 1990s and 2000s, and she spent most of her career deflecting questions about gender. It was considered “whiny and snively” to draw attention to it, she said.

But the tide is changing. With the emergence of all-female workshops, meetups, and social groups like Women 2.0 and Women Who Code, many female entrepreneurs that were shy are now forcing the issue. And better yet, they are banding together with men — and each other — to actively make improvements.

“For the first time in over 30 years, the gender conversation can be a productive dialogue,” Richardson said.

We can all stand to benefit from a more balanced workforce. A recent report from the Anita Borg Institute for Women and Technology observed that gender and ethnic diversity in a workplace strengthens decision-making, and diverse teams tend to be more innovative. Women-led startups are proving to be more capital-efficient, and venture-backed  companies run by a woman have 12 percent higher revenues than others, according to research by Illuminate Ventures.

Many women say it’s a great time to be in tech, although they believe there is a long journey ahead and much progress still needs to be made. The primary problems they currently face, and their suggested solutions are the following: 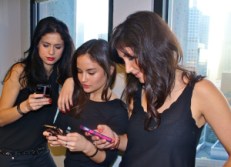 Stephanie Volftsun is the technical lead at all-female tech startup, which is a surprise to most people that she meets.

Female chief technical officers and senior engineers are a rare breed in Silicon Valley. Why? Women’s share of bachelor’s degrees in computer science at colleges and universities is decreasing, according to the National Science Foundation.

Volfstun is the daughter of Russian immigrants — both engineers — and has been coding for most of her life. At 23, she is a “full stack” engineer, meaning that she can build mobile stack, web stack, or native applications for her startup, Knotch.

Volftsun would earn a six-figure salary at any tech company, but she is reluctant to work at a male-dominated tech startup again.

“At college, I didn’t feel the pressure of being the only girl in my computer science classes because everyone starts out on a blank slate and you have your grades to build you up,” Volftsun said.

“Women had to prove to the world that they were as good and as capable in tech roles as men.”

As a professional (she landed her first job as a back-end engineer at financial technology startup Addepar), she found it more difficult to prove herself to her fellow developers. “It was harder for me to gain the same level of respect my male peers had,” she said.

This perspective is shared by hundreds of women in the tech industry, according to a report by the Level Playing Field Institute. Its 2011 study found that IT workplaces, including tech startups, can create hostile or unpleasant environments for women and people of color, prompting those employees to seek out other industries.

The problem isn’t just too few female engineering grads — it’s that junior-level programmers are leaving the industry in their droves.

The NSF conducted deeper research that revealed that workplace culture is a big problem. In a survey of almost 4,000 female engineers, a third of respondents said they left the industry due to a bad boss or negative working environment.

One quote from the NSF report is particularly troubling, especially as it reflects the experience of many women: “At my last engineering job, women were fed up with the culture: arrogant, inflexible, completely money-driven, sometimes unethical, intolerant of differences in values and priorities. I felt alienated in spite of spending my whole career trying to act like a man.”