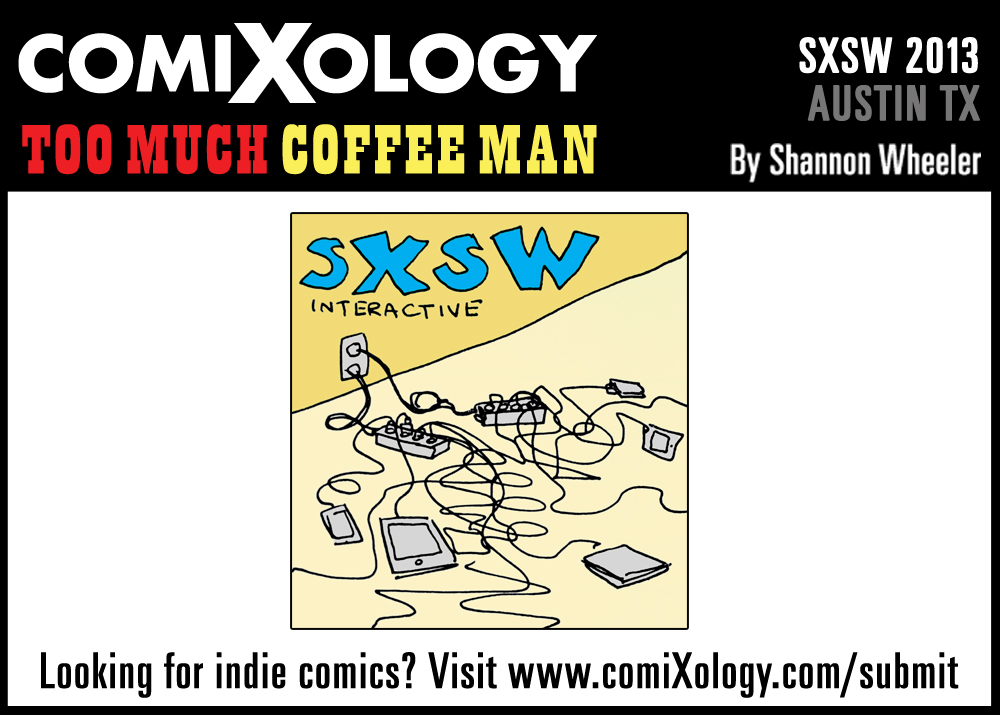 As part Comixology’s effort to raise awareness about the creator-owned digital comics via Comixology Submit, the startup has teamed up with indie fan favorite artist Shannon Wheeler to illustrate the insanity that is SXSW.

A former Austin, Texas, resident, Wheeler is perhaps best known for independent comic book Too Much Coffee Man, but he has also gained attention for his work as a cartoonist for The New Yorker. (Also his comics are rad.)

Comixology has shared the first three digital web comics about this week’s SXSW Interactive exclusively with VentureBeat, and I must say they are both pretty accurate. (Especially the top one, which I’m fighting with right now.)

Check back soon for a few more comics from Wheeler. 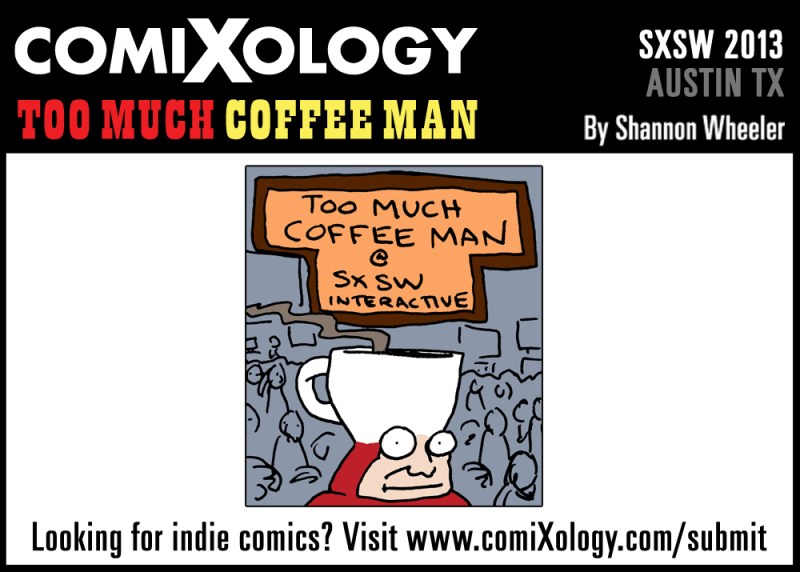