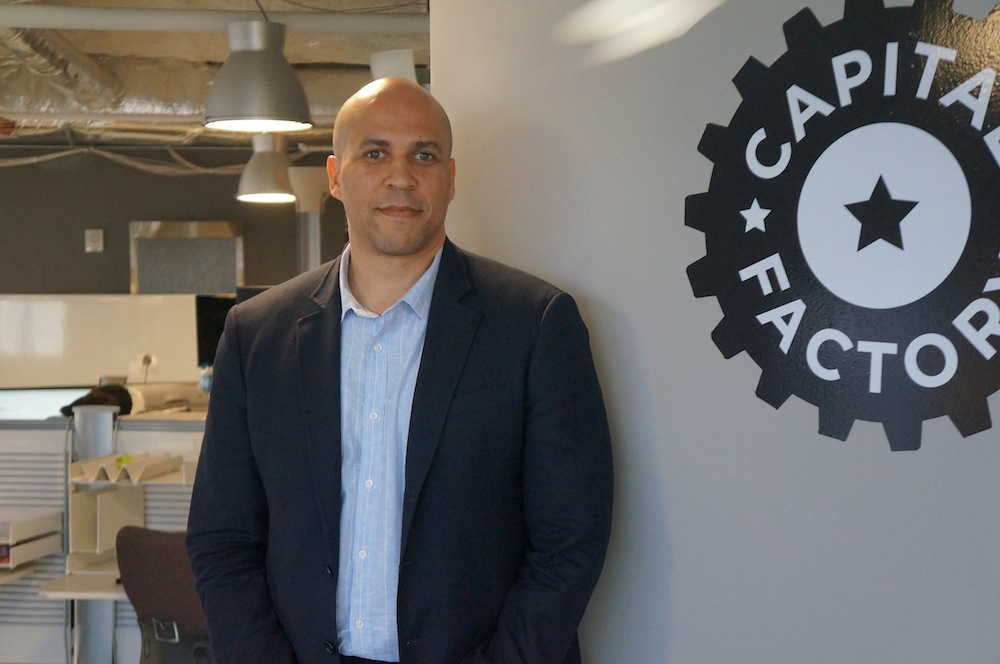 AUSTIN, TX — WayWire, the video startup that counts super-hero Newark, New Jersey mayor Cory Booker among its founders, has confirmed to VentureBeat that LinkedIn co-founder Reid Hoffman is one of its angel investors.

WayWire is a video service that basically wants to aggregate videos from multiple source and give its users the ability to sort those videos into their own channels based on a particular topic. For example, someone could create a “wire” for entrepreneurs, linking to various broadcast news sources from major media companies (NBC, Fox, etc.), web media companies (AOL), and user-generated videos (Vimeo, YouTube, Vine). The idea is that people can curate the news better than the main stream media, which in turn will abolish the practice of news organizations telling you what’s important everyday.

Booker accidentally revealed Hoffman as an investor during a panel at SXSW yesterday, which was first spotted by Reuters editor Paul Smalera.

Hoffman isn’t the only big name to drop some money into WayWire. The startup, which was founded back in June 2012, has raised $1.75 million in funding from a long list of high-profile angel investors, including Oprah Winfrey, Google chairman Eric Schmidt, music entrepreneur Troy Carter, LinkedIn CEO Jeff Weiner, and others.

With such a star-studded cast of investors, I’d think WayWire would have more pressure to ensure that its service was useful. However, both Booker and co-founder Sarah Ross told me that this isn’t much of a concern as they push full steam ahead with a new beta version of WayWire that will improve upon the alpha version that launched back in August.