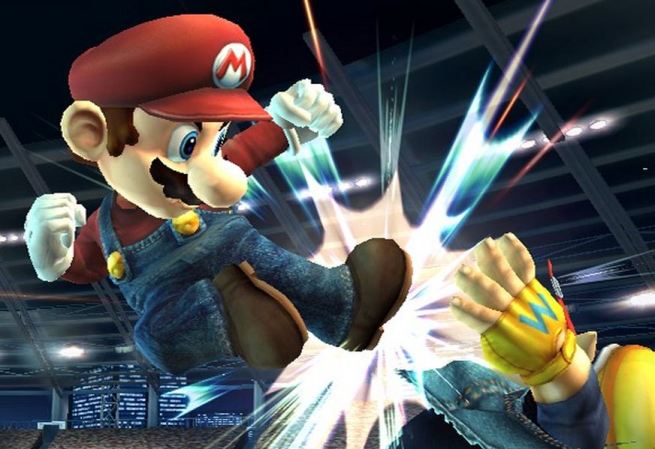 Violence in video games is always a touchy subject. People worry what hours of virtual gun use might do to player’s real-world behaviors. Meanwhile, at Nintendo, they’re worried about the effects of in-game punching.

Super Mario Bros. creator Shigeru Miyamoto is certain that he doesn’t want Mario wielding an Uzi, but he wasn’t even entirely sold on the idea that the plumber should punch people in the Super Smash Bros. fighting game for the Nintendo 64.

“Mario is a character that, I feel, doesn’t need to use guns,” Miyamoto said in an interview with the The New York Times. “But when it comes to violence, you then have to ask, ‘So, if Mario doesn’t use a gun, is it appropriate for Mario to hit people?’ And, in fact, when we were creating the game Super Smash Bros., we had very long and deep discussions about whether or not we thought it was appropriate for Mario to hit people.”

Miyamoto and Nintendo obviously settled that debate with a resounding “yes.” In fact, he not only punches people, he also kicks them and sets them ablaze with his fire powers. Slapping Luigi around isn’t that far of a leap from jumping on Goombas.

The New York Times asked Miyamoto about the current discussion in the U.S. about game violence in the wake of the Newtown, Conn. elementary-school shooting. The paper asked the famed game designer flat out what he thinks about that conversation.

“That’s a difficult question,” said Miyamoto. “As someone who creates games and understands that children play those games, it’s a subject that I’m very sensitive about. We’ve seen through a variety of media that when people see or experience violence on screen, there is a certain amount of entertainment that people get out of that.”

Miyamoto created a number of Nintendo’s biggest franchises, like The Legend of Zelda, Donkey Kong, and Pikmin. While few of those games ever feature guns, many feature violence. Every Zelda game features sword fighting, and creature-on-creature murder is rampant in Pikmin.