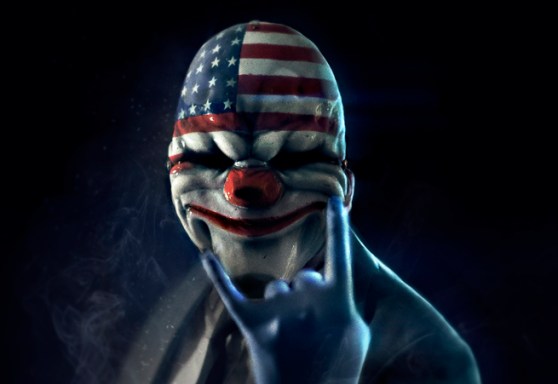 Forgive me if I don’t sugarcoat this: I couldn’t find a single socially redeeming quality to 2011’s downloadable co-op shooter Payday: The Heist, and I looked pretty damn hard.

I’m aware it has fans, but they’re wrong. I’ve used squirt guns with broken triggers that handled better than Payday’s weapons. The artificial intelligence qualifies more as artificial stupidity. Graphically, it’s a PlayStation 1 game suffering from clinical depression on your PlayStation 3. Best of all, your bipolar handler docks you $10,000 for whacking a civilian during your armed robberies while shouting how awesome you are for making a big, dead pile of police officers. The developer who makes a heist game that truly channels Michael Mann’s classy, complex, cops-and-robbers epic Heat has scaled Kilimanjaro barefoot and performed a victory lap around Australia, but Payday: The Heist is crass, simplistic, and small.

So it’s a big surprise that Payday 2 (targeting a summer release on PC, PlayStation Network, and “possibly” Xbox 360) looks all grown up. Developer Overkill Software stopped by the GamesBeat office to give us an early hands-off peek at the sequel, and at first glance, it doesn’t feel simplistic or small. Crass? The jury’s out. 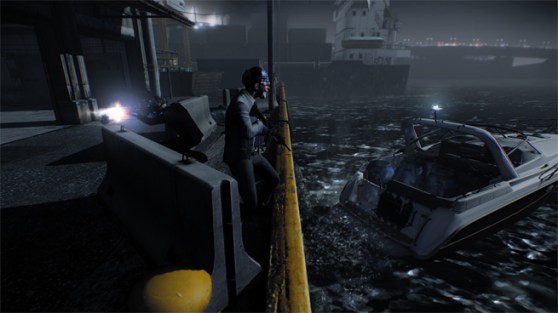 It doesn’t hurt that its pedigree has improved. David Goldfarb, lead designer on Battlefield 3, now serves as PayDay 2’s director. “I always wanted to make a bank robbery game,” says Goldfarb. “I don’t know if that’s a normal ambition.” Perhaps not, but his game does look ambitious. The two scenarios he demoed, with assistance from QA agent Andreas Hall Penninger and Evan Icenbice, a producer at publisher 505 Games, steered well away from “kill every cop” assignments and into a far more tense and entertaining fight to survive and escape.

Everything starts with Crimenet, an interactive map where timed job opportunities constantly appear and vanish — some of these are quick-hit scores, while others play out over a few days. If your friends are already in a game, you’ll see them marked on the interface, and you can join them directly. Goldfarb says his team’s aiming for 50 missions, which then scale in difficulty. That’s a bit more than the first game’s nine scenarios, two of which are paid downloadable content.

Goldfarb’s first demo was a simple jewelry store heist made less simple by a new emphasis on stealthy approaches. You still roll as a heavily armed stick-up man with up to three co-op buddies, but you can pull off a lot of jobs in Payday 2 without firing a shot. It’s just not easy. I watched Penninger and Icenbice case the store, subdue a guard in an alley, then quietly disable alarms and cameras using class-specific abilities. Payday’s criminals now draw from four skill trees: crowd-controlling Masterminds, gun-heavy Enforcers, Technicians (“The Ocean’s 11 guy,” says Goldfarb) and their deployable sentry guns and explosives, and Ghosts, who mix second-story ninja work with electronic countermeasures. A hard skill-point cap prevents anyone from upgrading to minor godhood. 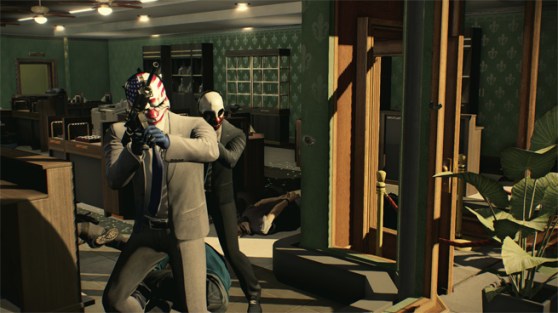 And for a while, it went down beautifully, silent drills cracking safes in the store’s back rooms. Then somebody walked in front of a door open to the showroom where anybody could spot him. The store alarm went off. Goodbye stealth. Hello, assault weaponry.

“Every time, something happens,” says Goldfarb.

And it’s usually your fault. “My favorite,” adds Icenbice, “was the one time we went in, and I went to put the silent drill on, but I accidentally meleed the wall. A lady heard it and screamed. The whole job went haywire from that one little thing.”

Penninger and Icenbrice immediately went loud, tying up hostages and doing some quick smash-and-grab from the jewelry store’s display cases until the cops arrived. That opened up a frantic gunfight as they defended the tight spaces of the store while the drills’ timers slowly ticked down. Consider that another improvement from the first game’s sprawling levels and fetch-quest interruptions. Assaults — where the police pop smoke grenades and send in their heavy hitters — used to be insultingly easy turkey shoots. Here, they felt especially dangerous even with a convenient choke point to cover.

It didn’t take long for the police — who also act considerably smarter — to pour in from every window. Penninger and Icenbrice decided to make a break, sprinting down the street under heavy fire, barely getting away with half their intended haul. 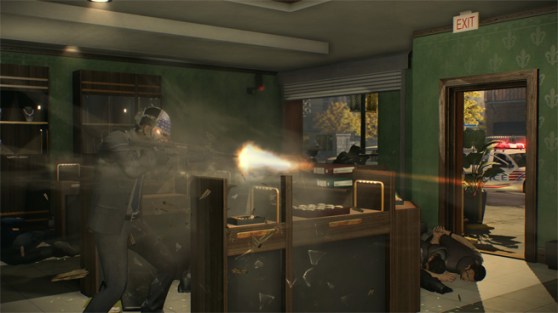 That counted as a success, but if you screw up, “there’s a random chance it’ll start an escape,” says Goldfarb, which he describes as, “Oh God, I’m in my car, and it’s upside down, and it’s on fire, and I’ve got to defend the money that we just stole. I saw cause and effect even inside the job chains.” Dropping a job and just running for the getaway car is also a viable option. At the end of each job, you’ll even get a bit of closure with a quick, live-action cutscene showing how you spent your haul.

To prove it, they ran the jewelry store again in what they jokingly referred to as “Waingro style,” jauntily rushing the front door, guns blazing. It ended fast. And badly. SWAT-snipers-in-helicopters badly.

Goldfarb only had time to show me the beginning of one of the multiday missions, which starts with you and your crew in the back of a meat truck full of cocaine … and the cops have just pulled you over. “That turns into a whole different thing,” says Goldfarb. 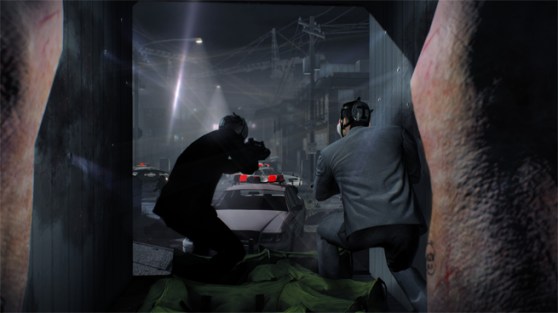 Running on a pair of Asus laptops, Payday 2 looks a lot better than it ever did on the PlayStation 3, and an increased threat from police removes a lot of the shallow shooting-gallery feel from before. But least you think Payday’s abandoned its more gonzo instincts, a player with the right Mastermind skills can intimidate enemies into fighting on your side by throwing an explosive vest on them. In a video game, what are the odds it won’t detonate?

Either way, Payday 2 definitely ups the game on the original, taking a dumb petty crook and making it into a smooth criminal. Now I just need to get hands-on to see how smooth it really is.