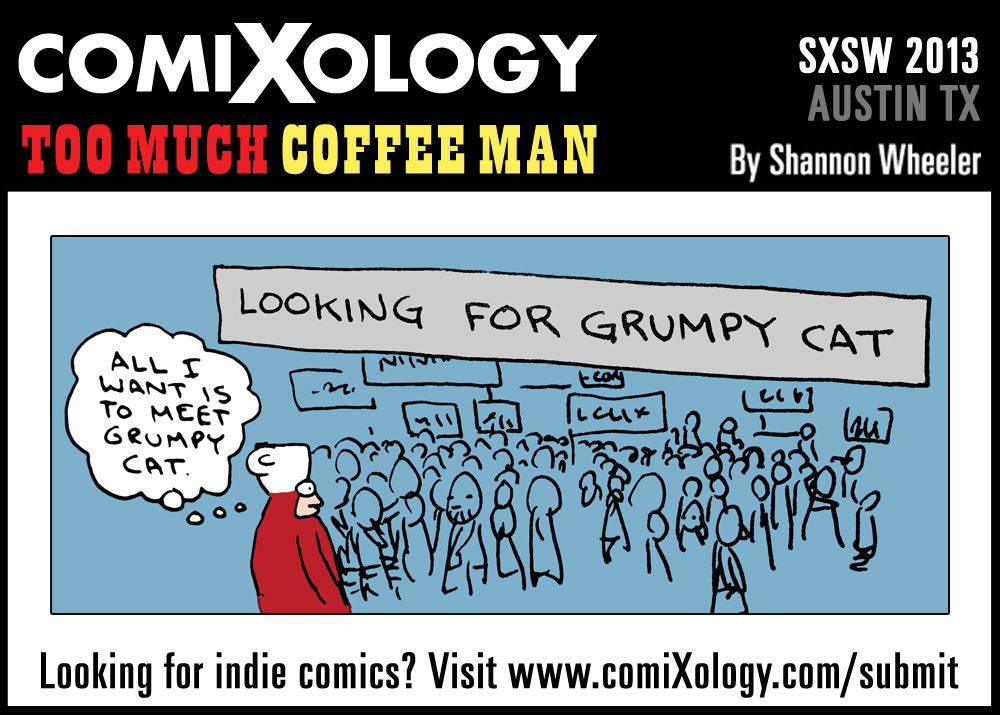 For South by Southwest, it’s kind of ridiculous that companies spent gobs of money on promotional materials, free booze, fancy parties, and advertising — and all of it was pretty much secondary to show-stealing meme kitty Grumpy Cat.

This was something New Yorker cartoonist, Too Much Coffee Man creator, and former Austin resident Shannon Wheeler picked up on while attending SXSW this week on behalf of ComiXology. Wheeler is helping the digital comic book startup promote its new “ComiXology Submit” platform, which allows creator-owned comic books to sell within its digital store next to big draws like Spider-Man, Batman, and The Walking Dead.

And as part of that promotion, Wheeler decided to create some short comics depicting the most popular panels at SXSW, as VentureBeat previously reported. ComiXology has shared his final two comics (above and below) with us exclusively, which are specifically about Grumpy Cat. 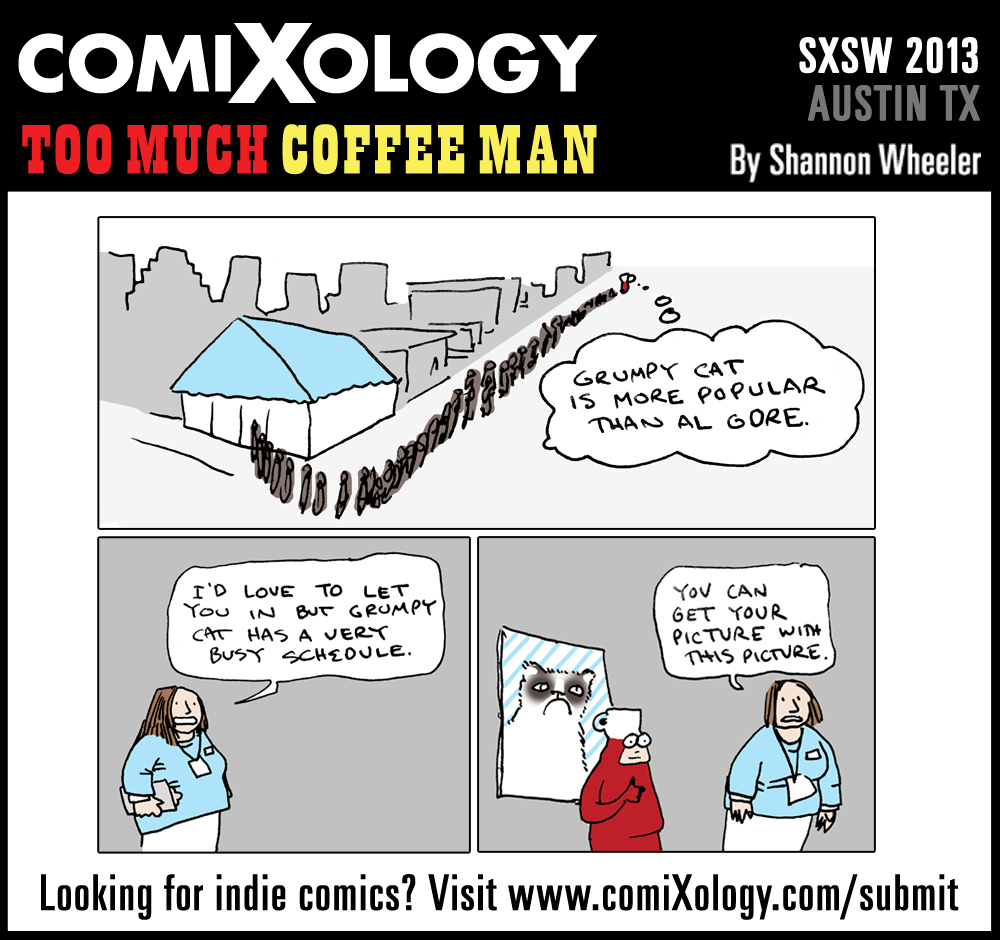