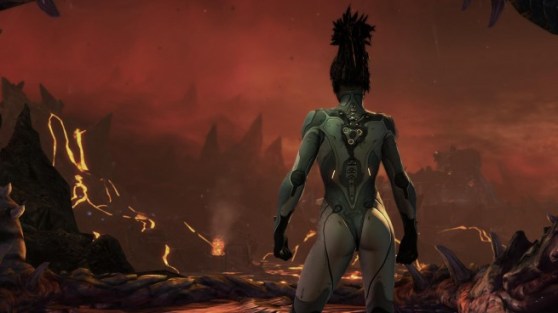 Welcome to GamesBeat’s StarCraft II: Heart of the Swarm guide. Below we’ll lay out all of the abilities Kerrigan can unlock as well as the mutations and evolutions that are eventually available to her swarm.

A quick note before we start: While you’ll probably collect plenty of achievements just through playing the campaign normally, don’t sweat missing any on your first run. After you’ve beaten it, you will unlock the Master Archives, where you can replay any mission on any difficulty with optimized abilities and units. It’s kind of like a New Game+. Kind of.

Since you can freely switch mutations and abilities between missions, I won’t really go into those much. But since evolution choices are permanent, I’ll give some quick insight into what I chose and how that worked out for me. Feel free to share your own thoughts and strategies in the comments below. 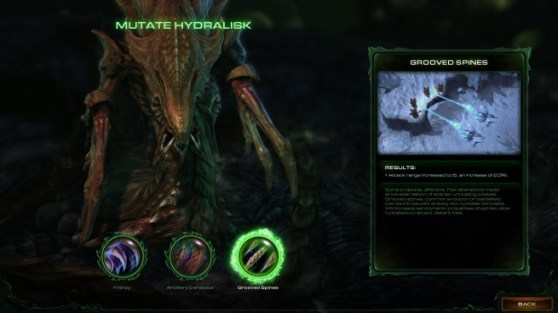 Each Zerg unit has three different mutations. You can switch mutations anytime between missions. Sadly, you won’t really know what you need until you’re in the mission. Perhaps in the upcoming Legacy of the Void expansion, the Protoss will have some sort of intelligence-gathering capability that tells the player what to expect on the battlefield. 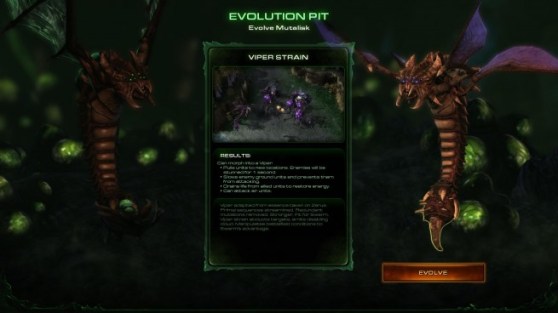 Through special Evolution Missions, you can eventually evolve each type of Zerg unit. Unlike mutations, however, an evolution choice is irreversible, meaning whatever evolution you don’t pick is permanently disabled. Note that while replaying the game via the Master Archives you can choose between evolutions as if they were mutations.

Cliffs don’t really play into the campaign that much, so there’s little need for the Raptorlings. However, combining the Swarm Strain evolution with Kerrigan’s Zergling Reconstitution ability means you can always have a massive Zerg army available on the cheap.

The Splitters deal very little damage, and while it does add up, the Hunter Strain’s ability to close in on enemies more quickly means they’re less likely to get gunned down on the way to their target.

The Roachlings are incredibly weak, so sacrificing them in order to slow enemies down to a crawl is not really a choice at all. The Vile Strain is extremely useful against powerful enemies, especially when you brought the wrong units to the fight.

By the time you can evolve the Hydralisk, light ground units aren’t much of a problem. However, using the Impaler, you can pretty much take out most enemy outposts or even bases by burrowing out of range and slowly working your way in, impaling all units and structures. They won’t even fight back since they can’t see you. Just be mindful of certain scout units and towers as they have detection capabilities.

The Brood Lords are very effective at overwhelming enemies and structures from a distance, but the Vipers have two extremely useful abilities. They can pull enemy units (like tanks in siege mode) off of cliffs or away from bases so that you can gang up on them, and they can poison an area, causing any units to slow down and stop attacking for 10 seconds. This was a hard choice, but I eventually went with Brood Lords just because they complement my Swarm Hosts.

The Creeper Strain’s creep generation passive ability enables you to easily place creep anywhere rather than slowly trying to spread it with a Creep Tumor. While the flying Locusts from the Carrion Strain can defeat enemies more quickly, Deep Tunneling a giant group of Swarm Hosts to and from your base as needed becomes a lifesaver in the later levels. A common strategy I used was to send a bunch of Zerglings into a base to draw fire and then plant a Swarm Host in the middle of the base to generate creep. This allowed me to instantly warp dozens of Swarm Hosts from the safety of my own base to the target area and quickly overwhelm it.

While the Noxious Strain definitely makes the Ultralisk even more destructive, you just can’t deny the value in resurrecting these units. They’re extremely expensive and take time to make, so having a dead one come back to life on the frontline is the obvious choice. Combine that with the Tissue Assimilation ability and Ultralisks last for a very long time. 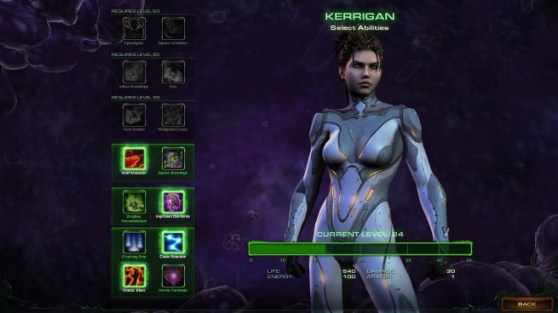 As Kerrigan gains levels, you unlock new ability tiers. Each tier has two abilities (with a third ability set being unlocked halfway through the campaign), and you can choose between them between missions. Note that leveling Kerrigan to 70 does not unlock any new abilities, only an achievement.

*Note that all Tier 7 abilities cost 100 energy and start on a cooldown, meaning you have to wait 5 minutes to use them (or 4 minutes with Ability Efficiency).