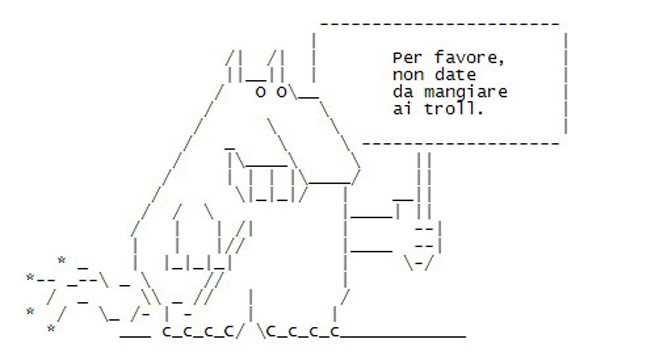 Be afraid. Be very afraid.

Twitter has just debuted the capability to add line breaks in your tweets. Brace yourself for the coming explosion of ASCII art on Twitter.

The line breaks will only show up on Twitter.com, not on mobile devices. And not even in embedded tweets, as you can tell from this announcement tweet straight from the horse’s mouth:

Guess what you can doView line breaks on Twitter webLet the fun begin.

But there’s one more thing to brace yourself for. …

A horde of idiots doing exactly what I did when I first saw the news from Twitter: Creating inane tweets that say essentially nothing but explore the new and amazing freedom of line breakage in Twitter. Very exciting, isn’t it? 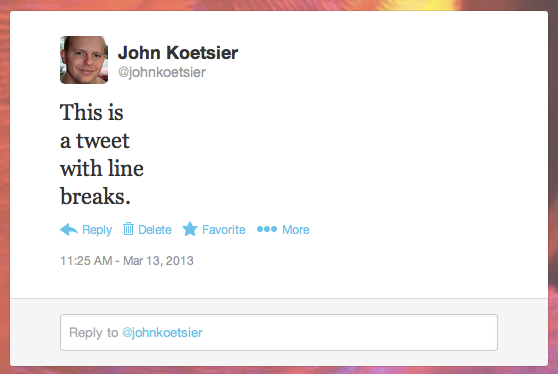 One concern about this new-found freedom besides the obvious?

Twitter’s stated objective in last year’s API restrictions that infuriated developers was to “deliver a consistent user experience.” In fact, the company switched its existing display guidelines to display requirements in an effort to make a tweet on Twitter.com look the same as a tweet in HootSuite or any other Twitter client.

But with this update of Twitter’s own making, tweets which look interesting and sensible on Twitter.com will look completely stupid and odd (see Twitter’s own embedded tweet above) on any other platform.

Is that part of the plan?