Everyone wants to have a piece of the mobile pie, but which venture capitalists are actually succeeding?

Onavo Insights, the analysis arm of mobile data compression firm Onavo, has released a series of charts ranking VC firms by the actual outreach of their portfolios in the United States. Typically we see VCs ranked on the value of their exits, but if you’re looking to see who actually has influence in the mobile world, market share is likely a better indicator.

When it comes to early stage investors, Onavo Insights found that New York City’s Union Square Ventures is the mobile leader by a huge margin. Union Square’s portfolio, which includes Tumblr, Foursquare, Etsy, and Twitter, has a combined 43.8 market share in the United States. The No. 2 firm, Sequoia Capital, has almost half that figure, with a 23.4 percent share.

To be fair, Onavo didn’t count exited companies from any portfolios (which some may see as a bigger sign of success). The data is based on January 2013 market share numbers from Onavo Insights.

Onavo calls Insights the “largest mobile intelligence service” — and for good reason. It relies on data from more than 1 million users of Onavo’s data compression app, giving it an inside view at what apps people actually use. That’s a unique slice of data when many other analysis firms are relying on extrapolation rather than hard figures. 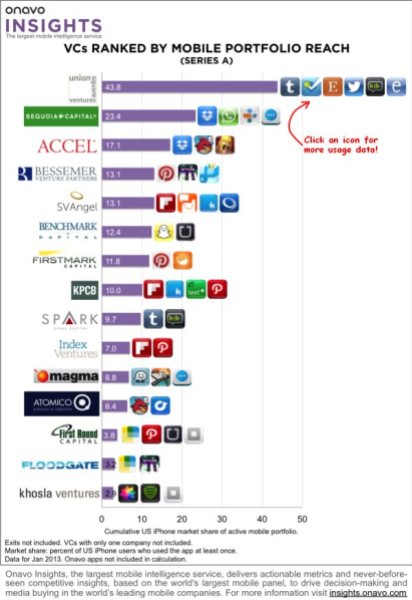 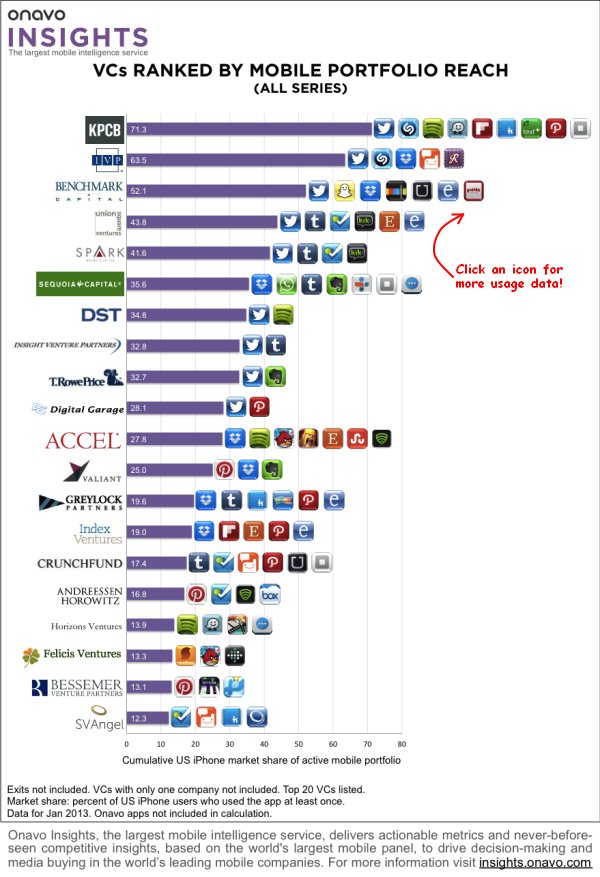