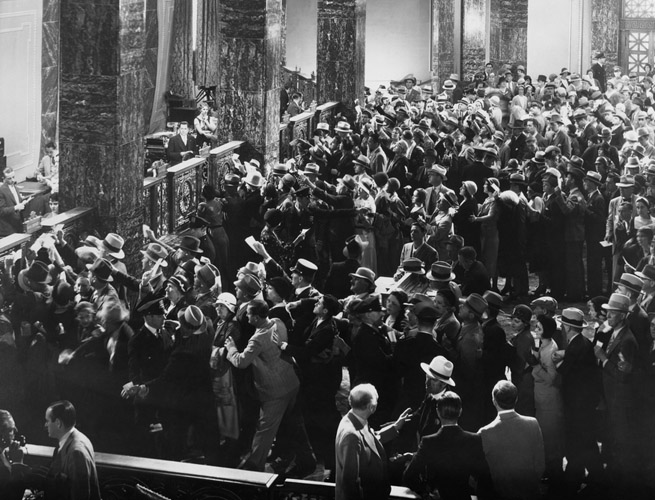 Google’s decision yesterday to kill off its Google Reader product has created a lot of unhappy customers, including me. Now the masses have taken to Change.org to ask Google to reverse course with a petition that has more than 47,000 signatures.

In case you don’t know, Google Reader is an RSS reader that you can use to subscribe many feeds from around the web. It’s especially useful for journalists and news junkies who need or want to be up-to-date on news and interesting things happening daily around the web. For example, I use Google Reader every day for reading the latest news on technology and culture.

But Google says “usage has declined” since the debut of the product back in 2005. So Google Reader will likely be shut down on July 1, unless enough people can convince Google otherwise.

To be fair, other products out there can do similar things to Google Reader, including Feedly, NetVibes, and RSSOwl. But after carefully curating an RSS feed on Google Reader to give you information you want each day, it will likely be frustrating to switch to another service.

The Change.org petition has attracted 47,000 signatures in less than 24 hours, so it will no doubt reach its 50,000 signature quota some time today. Websites such as BringGoogleReaderBack.com and KeepGoogleReader.com are also protesting the changes.

Active RSS users might be a small portion of the web, but they aren’t going down without a fight.

Check out some of the comments left on the petition below. 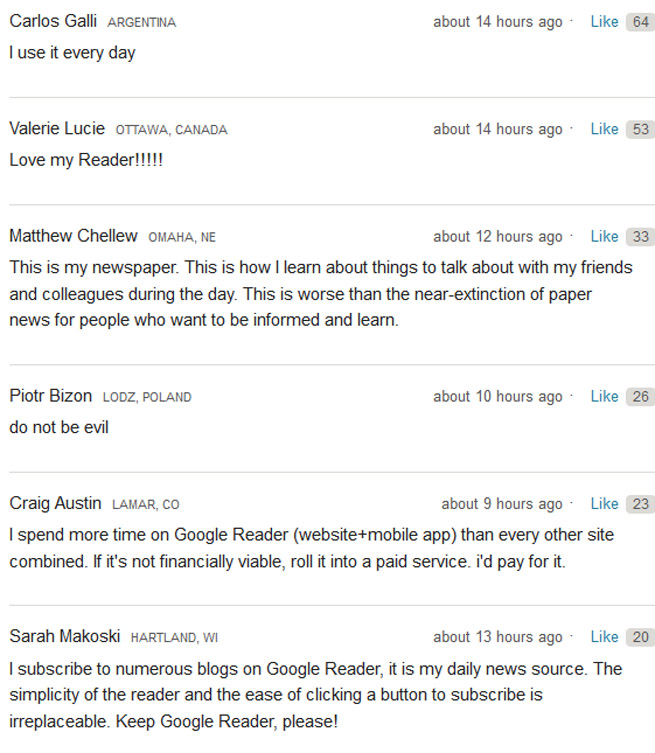