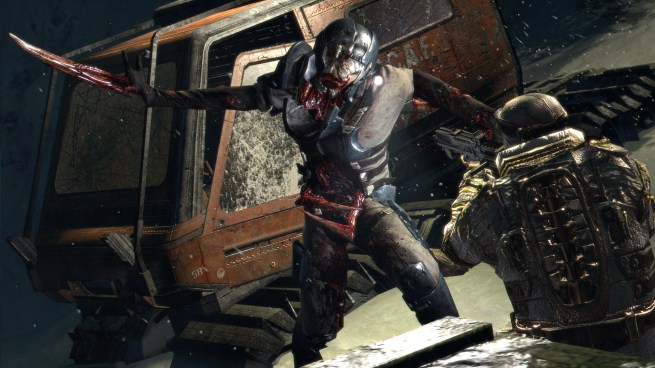 Gamers spent a total of $810 million on video game software, hardware, and accessories in February — even as gaming sees lower sales of physical media.

Financial analysis firm The NPD Group released its report for the second month of 2013, and the industry continues to shrink. Although it’s important to note that these figures only track the sales of new physical games and not used or digitally downloaded titles.

“When you consider our preliminary estimate for other physical format sales in February such as used and rentals at $90 million,” NPD analyst Liam Callahan said. “And our estimates for digital format sales including full game and downloadable content including microtransactions, subscriptions, mobile apps, and the consumer spend on social network games at $319 million, we would estimate the total consumer spend in February to be just under $1.2 billion.”

We’ll examine how the well each system sold, but first, let’s do the software sales for February:

Here’s the best-selling games from February:

Total software sales is down 27 percent to $352 million from $484 million in 2012. That’s also down from January which saw $373 million in sales, but January was five-week month for the NPD report.

Electronic Arts’ third-person space-horror shooter Dead Space 3 topped the chart. This comes a few weeks after a rumor suggested the publisher is disappointed in the title’s performance. EA quickly denied that and claimed it is happy with the game’s numbers.

Meanwhile, the pile of digital crap that is Aliens: Colonial Marines made it all the way to number six despite an aggregated review score of 48.

The Wii U’s lack of software is evident again. The four Wii U games in the top 10 are all multi-platform releases. For each, the Wii U version sold the worst of the home consoles — even for a title like Just Dance 4.

Finally, on the Sony front, a perceived lack of marketing didn’t keep Sly Cooper: Thieves of Time out of the top 10. The latest game in the slick platforming series reached number nine, and the PlayStation 3 version of Metal Gear Rising: Revengeance outsold the Xbox 360 sku.

Hardware sales sputtered out another big loss year-over-year. Total hardware dropped to $244.2 million from $382.9 million in 2012. That’s a 36 percent decrease, but the bad news

“Looking at hardware sales on an average per week basis, all platforms showed an increase from January into February,” said Callahan. “Specifically, new platforms like the Wii U and PS Vita demonstrated some momentum from the typical January hardware lull with increases of over 40 percent and 30 percent, respectively.”

The Xbox 360 sold 302,00 units, according to Microsoft. GamesBeat asked but Nintendo and Sony did not share the specific of their sales.