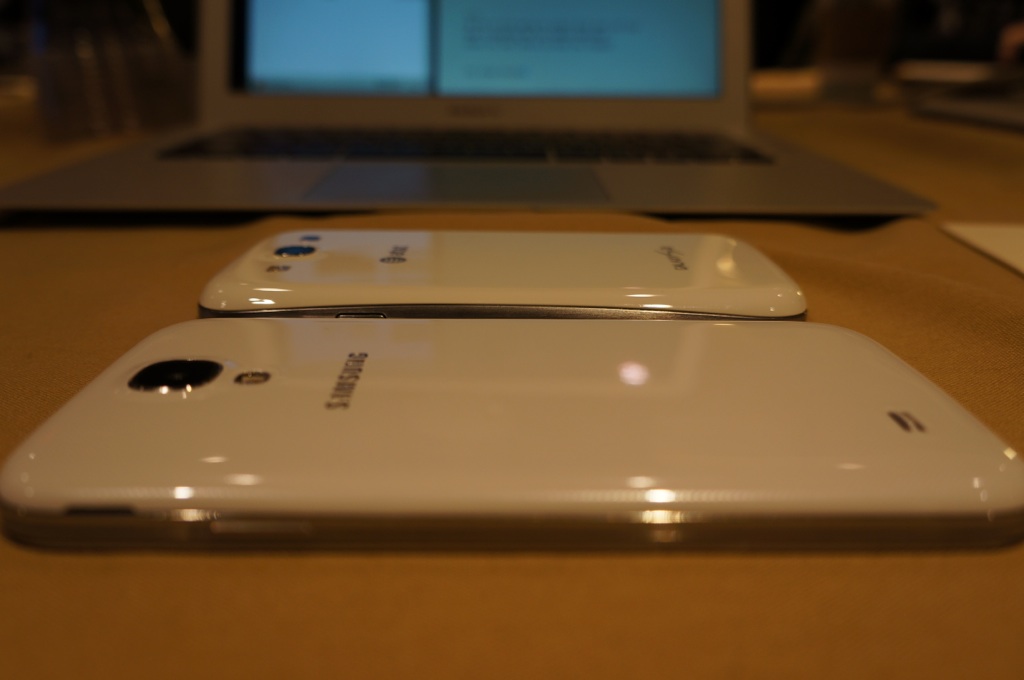 I’ll admit, I’m no fan of big phones. But with the Galaxy S4, which Samsung announced tonight in New York City, the company shows you can make a large screen fit into a surprisingly thin and light device.

After having a chance to use the Galaxy S4 tonight, I was surprised how much more polished it felt than the Galaxy S III. It’s made of the same plastic, but it’s lighter and rests in your hand more snugly. The polycarbonate trim along the sides of the phone gives it a nice accent — even though it’s not as attractive as metal. I still prefer the more elegant metal design of the HTC One, but Samsung’s design certainly won’t disappoint its fans.

As you can see in the video below, the screen is the real star of the Galaxy S4. At five inches with a 1080p display, it’s incredibly sharp and vibrant. It even bested the Galaxy S III’s already-bright screen.

Even though it has a bigger screen than the Galaxy S III, the Galaxy S4 is actually thinner. When placed alongside its predecessor and the Galaxy Note II, it’s easy to see how Samsung’s design sense has become more refined over the past year.

Check out the video below for more impressions: