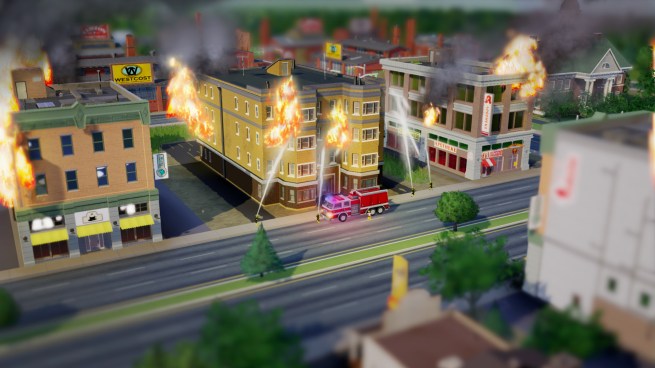 SimCity works offline. We know this. You can play the game for up to 20 minutes without a connection to one of Electronic Arts’ servers before the city-builder kicks you to the main menu. Now, someone claims the game will work offline indefinitely with some changes.

On the popular content-aggregation site Reddit, user AzzerUK posted a video that shows what is apparently SimCity’s debug mode in action. He uses it to add extra highways outside the borders of his selected municipality, which isn’t normally possible. GamesBeat is attempting to verify the following video’s validity:

“With a little bit of package editing within SimCity, and a little playing about in the code, it’s possible to enable debut mode,” wrote AzzerUK. “Most developer debug features are disabled without having an actual developer’s build — they have terraforming tools available in the full developer build — but a few things do still work — including editing the main highways.”

The main highways are the primary means of transportation for Sims traveling between cities. I’m playing in a region with some friends and no highway connects some of our cities, which makes trading difficult. I’d love to just go in and add a big ol’ highway between my area and theirs.

AzzerUK then goes on to explain how it is possible to play offline forever, although not without some issues.

“I also modded out the disconnect timer,” he wrote. “I can now play offline indefinitely, but [it doesn’t save or sync] region related stuff, not yet anyway. … But the simulation can carry on with no connection indefinitely.”

He also changed SimCity so that it only showed the actual population and not the “fudged” number it typically displays to players.

“Both are very minor and easy tweaks,” he wrote.

This new information seems to contradict SimCity general manager Lucy Bradshaw, who has continuously claimed that to make SimCity work offline would require “significant engineering.” No doubt many features, like the leaderboards and achievements, do require an online connection, but that seems to stretch the definition of “significant.”

SimCity’s always-online functionality caused numerous issues for the title during its launch week. Gamers couldn’t play while servers were under strain from massive demand.