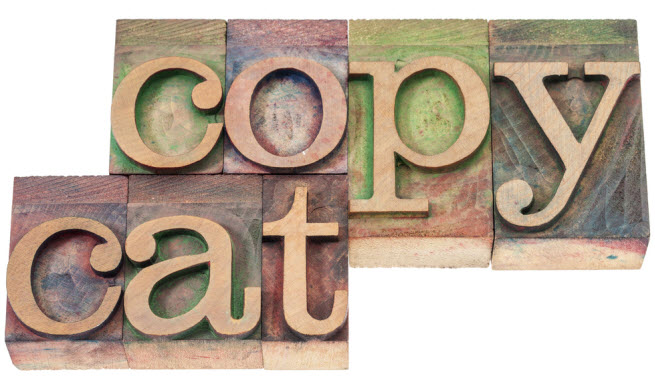 Cloning is as old as the video game industry itself. With classics like Pong and Space Invaders and modern titles like WarCraft and Farmville, video games have “borrowed” heavily from their predecessors. The term “cloning” is pejorative and suggests a level of borrowing that exceeds an implicit industry acceptance. Indeed, many successful game developers have witnessed elements of their creations appear in the games of their competitors. However, the prevalence of cloning has seemingly increased as developers create more games for mobile applications. These games are often easier to clone and distribute, making it likely that a fast-follower can get a clone on the market soon after the launch of the original game.

So how does a game developer prevent its game from being cloned? It can’t. No strategy or legal mechanism can provide complete protection from cloning. Imitation may be the sincerest form of flattery, but that is cold comfort to those who create the latest blockbuster game only to watch a competitor release a clone months (or even weeks) later.

In addition to copyrights, gaming companies should take a fresh look at the protections offered by patents. While more expensive than obtaining copyright registration and more time-consuming to get, patents offer a potentially greater deterrent to the would-be cloner. Courts give patents a higher presumption of validity than copyright registrations. Patents can also protect hardware, software, and certain game mechanics and methods of play, such as a scoring system or game design. Companies have patented everything from the use of virtual currency to how a game’s characters interact with one another. Moreover, the U.S. Patent and Trademark Office is granting patents in record numbers. It granted over 250,000 patents in 2012, and analysts project a significant jump for 2013.

Some may suggest that a patent takes too long to get and that by the time a company finally obtains a patent, the original game and the clone have long passed in popularity. Indeed, the average pendency of a patent application is about 32 months, an eternity for a mobile game. But that number is down from previous years, and the U.S. Patent and Trademark Office is aiming to reduce that number significantly in the coming years. Provisional applications, which last a year, also allow inventors to establish an early effective filing date without submitting formal claims or prior art disclosures. Provisional applications give developers the chance to start the patent process at a lower cost and assess whether full patent protection is warranted down the road. Moreover, patents on items like video game icons can qualify for “design” patents that usually take less than a year to get. Patenting a novel aspect of a game can also have benefits for future games because they may protect future iterations of an original hit. Thus, although gaming companies have historically eschewed pursuing patents in earnest, building a patent portfolio can provide longer term benefits.

Like they will with most technology sectors, patents will likely play an increasingly larger role in the mobile gaming space. Those companies that adapt quickly and make the investment to develop their patent portfolios and protect their games will gain an advantage over their competitors who do not. The more lucrative the mobile gaming market becomes, the more patent disputes are likely to arise.

Finally, patents offer a level of validation from the U.S. Government that can prove valuable in the ever important social network that provides accountability in the mobile gaming space. Everyone in the industry seems to know everyone else, and in many ways, the court of public opinion in this seemingly tight-knit group is as important as a court of law. Obtaining patent protection can help gaming companies prove the novelty of its games and prevail in public perception, which may obviate the need to engage in expensive litigation at all.

Ben Hur is a partner at Keker & Van Nest LLP, and co-chair of the firm’s InterActive Entertainment practice group. He litigates intellectual property and commercial disputes for the gaming and mobile application industries. His practice does not include helping companies obtain patents. Michelle Ybarra is an associate at Keker & Van Nest LLP and has represented clients in commercial litigation and arbitration matters, including intellectual property and antitrust disputes.