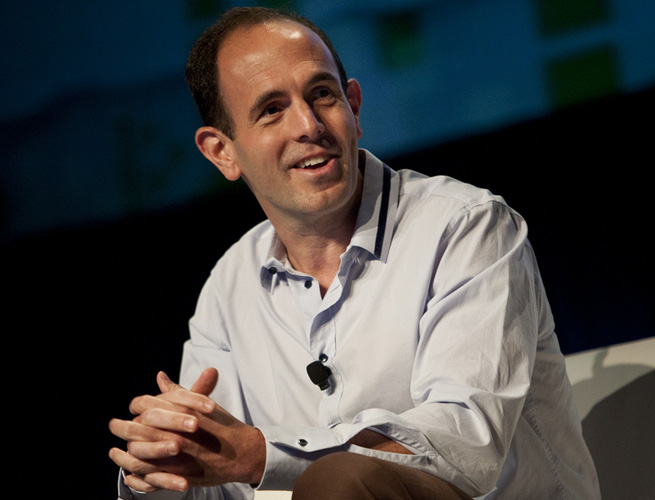 Former Square COO Keith Rabois took to Twitter today to bash social-location app Foursquare, but Foursquare CEO Dennis Crowley did not simply sit back and take it. He punched back.

The strange incident started when former Googler Hunter Walk posted a tweet saying he was surprised 40,000 developers were using Foursquare’s API. Rabois responded by saying that number of developers was the “same number of real users.”

Crowley responded by saying, “Keep hating… and while you’re doing so Foursquare will keep becoming the location layer for the Internet.” After that, Rabois said, “Great use of jargon. Maybe Hail Mary Bebo-style acquisition will bail you out.” To which Crowley responded: “Or maybe we’ll keep doing what we’re doing… looking fwd to making your #HatersClub tweets look foolish.” Other Twitter users chimed in with support for either side.

Foursquare has reportedly faced issues with growth and revenue over the past year, and it is apparently seeking more funding. The company has raised $71.4 million to date from firms like Union Square Ventures, Andreessen Horowitz, and Spark Capital. We’ll see if it ends up grabbing more cash so it can find new ways to grow users and revenue.

Rabois resigned from hot mobile payments startup Square in January after he was accused of sexually harassing a Square employee. He was quickly picked up by Khosla Ventures a month later to be a venture capitalist for the firm.

Rabois’ comments attracted scrutiny from Buddy Media founder and Salesforce VP Michael Lazerow, who wrote a blog post titled “When Is It OK To Bash A Founder?” He compares Rabois to Donald Trump and says Rabois doesn’t understand what it’s like to be a founder. “But let’s be clear about one thing – [Rabois] has never actually started a company,” Lazerow said.

To see the full thread of tweets between Rabois, Crowley, and others click here. Or you can check out some of the exchange below.

@p2chairman eh, VC has softened @rabois. Prev he would have predicted an actual date of failure ;-)

@sriramk @rabois @hunterwalk Keep hating… and while you’re doing so Foursquare will keep becoming the location layer for the Internet.

@rabois @dens @sriramk @hunterwalk you just lost me as a fan, Keith. You sound like such a huge prick here. Unfollowed. Go get em @dens

@kevinmarks our vision is not to create an API.Instead we have an authentic community.