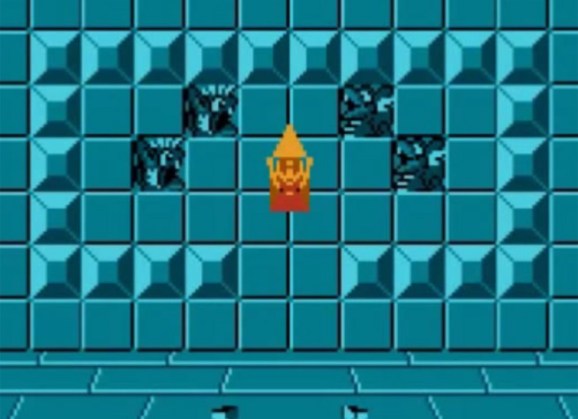 Drawing inspiration from a father switching Mario and Pauline in Donkey Kong, another enterprising gamer has modified a classic title to reverse gender roles. This time, the game is The Legend of Zelda.

In this hacked version of the classic Nintendo Entertainment System role-playing adventure, the game stars Princess Zelda instead of Link. So, the narrative changes from brave man saving a kingdom and woman to a powerful princess saving her kingdom and a man. Sorta changes how one would view The Legend of Zelda, no?

Animator Kenna W. spearheaded the project, and she says in a blog post that she worked in conjunction with her boyfriend to patch the game. Kenna has released a ROM patch that will change an emulated version of The Legend of Zelda to star Zelda.

“For me, I played my first Zelda game when I was pretty young, and at the time, I thought the game did star Princess Zelda,” Kenna wrote. “I figured I’d get to play as a magical battle princess that saved her kingdom. The game was fun, but I was bummed out that I never got to play as Zelda.”

Kenna said the reactions to her version of the classic game have been overwhelmingly positive.

“My friends have all had very strong emotions to the switch of Zelda and Link — all positive so far,” Kenna wrote. “A male friend of mine said he teared up when he saw Zelda holding the sword over her head. … A friend posted a link to my blog with a ‘Because if Miyamoto won’t, we will.’ Another friend told me she couldn’t wait for her baby daughter to be old enough to play as Zelda.”

Kenna says another inspiration for the project was the recent YouTube video “Tropes vs Women in Video Games,” which has received nearly a million views in fewer than two weeks.

Watch the video above to see what The Legend of Zelda looks like starring Zelda.